So what is this site? To put it in the most simple way imaginable: It's a site about digital games. Not about the latest gaming news, but about the games themselves, and - as you've already surmised from the site's name - specializing in what's usually considered 'classic' these days. Of course, definitions of 'classic' differ widely. However, if you browse around a little, you'll find us covering pretty much everything (with varying intensity) from the earliest home systems (late 1970s) to the end of the last millenium.

Human nature seems to dictate the need to put everything into well-known and seemingly well-defined categories. This also happens with websites: Shelf it under buzzword X, and forget about it. Over the years, many such labels have been given to The Good Old Days. Most of them are both correct and incorrect at the same time, so to satisfy the common need for clarity and borderline cases, here are some argument for and against usage of these badges (the most accurate description, in our humble opinion, is still 'a site about games').

This site catalogues games, and it offers many different ways of searching, listing and sorting them. You can jump from one game entry to the next - click on a publisher, and you'll get a list of all covered games by the same company, click on a year and you get a list of games from the same time and so on. However, this site's focus is not on the meticulous research about listing everyone involved with the creation of each game and it's also not concerned with listing every game ever released (not even in the covered period of time). Although the latter would be nice, it would only be a side-effect if it were ever achieved (which won't happen).

As this site focuses on games whose heydays have passed for quite some time, treating it as a museum would be a logical step. A museum is a fitting description insofar as museums are designed to preserve aspects of the past for the public. This is indeed one of the goals of this site. However, what we also want is to keep the games we preserve here alive. They shouldn't just be put behind glass to be gawked at with a weird mix of fascination and repulsion, but they should be used and enjoyed, i.e. played.

This site reviews games. The reviews are one of the central parts of the site. No game entry is added without at least one accompanying review. Indeed, the reviews were one of the central ideas back when the site was started. However, we go beyond the usual scope of a 'review site' by providing the mentioned 'database' functionality. This is more than just a plain list of game reviews ordered by name (or whatever).

Here at The Good Old Days, we indeed take the risk of illegally spreading old games, which is basically the gist of the 'Abandonware' idea (which we support). Also, especially in its early years, the site has been mainly advertised through such channels. Once again, that's only part of the actual picture, however. Most people seem to associate 'Abandonware' with offering game downloads. A download option is not required for a game to be listed on this site. If there is one, it's a side-effect of this particular game being unavailable through other means.

This site carries many emulators, and most visitors will commonly play the games we're covering by the means of emulation. However, the site isn't concerned with the concept (or technical process) of emulation. In the context of this site, emulators are tools. Them being present and used are a side-effect of classic games having been made for entirely different hardware architectures than which are commonly in use these days. So for the common user, there are no other means to enjoy the games than emulation. However, you'll notice that the site contents themselves are agnostic of the technical processes. Whether you play a game through emulation or natively entirely depends on your own hardware and software capabilities, not on what we're offering here on the site. 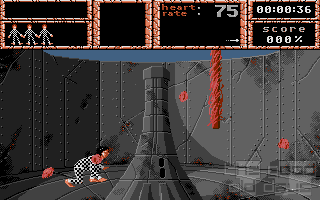