LOAD "*",8,1,...oh yeah! If you really worked on the C64 you might have learned this command so well that it's already a reflex. In fact, it got so well in your head, that you type LOAD "money",8,1 whenever you use your credit card. How about forgeting this command?
"Hm...and then how am I gonna use my C64?". Good news! Linux IS available on the C64, and it's been available for quite some time.
In the shadow of the geOS, small OS like, say, ACE or geckOS were forgot. With the time passing, some more interesting things appeared. In fact, Contiki, an OS with WINDOWS (!!!) and desktop environment (!!!!!!) appeared...and it's pretty good. Anyway, it's not contiki we're talking about. LUnix is, by far, one of most complete OS-es ever to appear on a PC, and you can even compare it to the earlier versions of Unix that appeared in the early '90s.
LUnix (or Little Unix) is one of the few OS-es launched for the C64 that were actually working. geOS was not bad at all, but I always hated its protection key, it was quite slow and besides that...em...my geOS disk broke

so if you want a review of geOS you'd better find a way to pass it to me :lol:. LUnix is fast, has a TCP/IP made-in, and even a POP Client. "Do these work?" Let's take them one by one...
I'll start with the TCP/IP support and the web-browser. You might laugh, but they both work (although you'll hardly find a C64-friendly website). I tried to use the browser to access the internet, but I found no page it could actually display, but I made a simple html file and it worked. The TCP/IP was tested using a telnet sesion (yes, LUnix has a telnet as well) on a friend's C64, and, low and behold, it worked! The telnet functions are pretty basic (that's basic, not BASIC

) but they do their job. On the other hand, I cannot exactly tell you about the POP client as I found no real way to check my e-mail (yahoo wouldn't let me do that since I'm on freemail for the moment, hotmail denied my access and cwazy.net was impossible to access because it seems that the pop client never heard about .net domains).
LUnix also boosts in a very fast console. Yeah, it's a typical Unix console, and you can use almost all of the commands you know, begining with ls and ending with rm. It allows you to do basic (again, that's basic not BASIC) things with files.
I forgot to tell you about the applications for this OS. Unfortunately, they are VERY few, but if you know Assembler you can make up your own. You won't need any apps though, as you will probably use the ones for BASIC, but if you want to surf the net, use telnet and do various things with files, you ARE going to love this OS. Especially since the installation procedure has nothing to do with the complicated aspects of instaling *nix these days. And anyway you have to try it. Come on...it's just 174K!!!
***Note: if you are using an emulator, you will have to convert the .c64 files into .d64 files. There is a tool for MS-DOS called C64Copy which you can download from http://www.owlserver.de:2080/ftp/pub/echo/pt/cbm/64CP31B3.ZIP. You may also want to check LUnix page at www.sourceforge.net, because it is still being developed*** 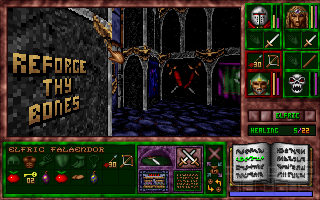