Mo'Slo is the ultimate slowdown utility for your computer. Why slow down the PC if you've just bought this one because it's so fast you ask? Because many old games will run into trouble if you don't!
Either they run incredibly fast, so that you can't even see anymore what's going on at all (keep in mind that your current computer is running with 1GHZ+ and a CPU of a much newer generation than the games were written for), or they simply refuse to work overall. This is where Mo'Slo comes handy. You simply run and tell it which program it should slow down and how much. It'll stay resistent in memory, but since it's very tiny, that won't be a problem. The slowdown effect is set relatively to your computer's speed, so it's one of the few 'timeless' slowdown apps.

Version 1.3.2 is the last version to run on CPUs below 80386. Usually, you'll want the most current version, but we're keeping the old version here in case even your cranky old 286 needs slowing down. Never say never... 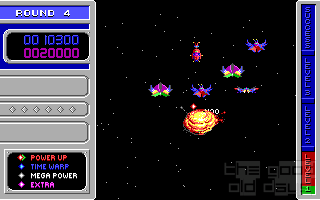