Make Your Own Murder Party

Did you ever wonder what people were doing before there were computers and gaming consoles? How they spent all their free time? Boy, that must have been a boring life, eh? Men just reading the paper all evening while puffing on their pipes, women knitting and ironing. Unless, well, unless you had something people used to call 'friends'. The word meant something else back in the days than it does now, though, so let me take a moment to explain this rather old-fashioned concept. It was commonly used for actual people whom you actually knew… personally! They weren't just pictures on your Facebook profile associated to some profile whose owner might have clicked 'like' at some point in the past. Strange days.

Anyway, those circles of friends would sometimes (physically!) come together and have a party. No, no, not a network party where everybody brings their computer to play shooters! People were mostly just talking, having dinner, sometimes there was a little dancing (without plastic mats with sensors in them or cameras connected to a console to score it). Though sometimes, people would even play games. Without any electronic support.

One rather special even of this kind is the classic murder party. It's basically a little roleplaying exercise in the mystery genre: Every person takes over a pre-defined role, there is an (imaginary) murder and now it's everybody's task to identify the (imaginary) killer (one of the guests, who might not even be aware of it). It's the classic Agatha Christie style murder mystery. Think Cluedo without the board and less strict rules.

Make Your Own Murder Party does not actually translate this idea to the computer. It's not a game. It's a supporting application for prospective hosts of such a party. It includes two case files, including pre-written, motivational invitation texts, full character profiles etc. All these being customisable with the actual guests' names, the right date and address and so on. The cases even offer a little scalability and flexibility concerning the number and the gender of the guests. In the end, the application will print out all the necessary materials to distribute to the guests. Which, so the manual warns, might take up to three hours (printers used to be just a little different thirty years ago…).

Honestly, all of this might as well be done without a computer as well: Just provide some typed templates with blank spaces to fill in the names etc. by hand. OK, Murder Party takes care of a cleaner typography perhaps, because then, there is no handwriting in between. Though, really, there if you boil it down to the essentials, there is just one thing which this computer program really does, and that is the randomisation of the case. Each of the participants can be randomly selected as the murderer and since it is the computer which chooses, not even the host needs to know in advance.

Nice, but still, one can't help but feel the limitations pretty quickly. The editor only allows the mentioned tight set of modifications of the two cases. There is no option to define your own from scratch. Instead, the registration card advertises expansion packs with additional cases. Which never appeared, of course, because, well, a mere two cases which are not even overly original just don't cut it. The framework is simplistic and the contents are slim. Why spend money on that when you could just sit down at your typewriter (or computer) and write up your own invitations and character profiles? Sure, this might be just a little more work, but on the other hand, the whole thing would be your own original creation then.

Which would be even more fun to see unfold, wouldn't it? Make Your Own Murder Party – it even says so right there in the title! This application is a quaint curiosity, of some historical interest, but maybe not of as much practical use as you might wish. 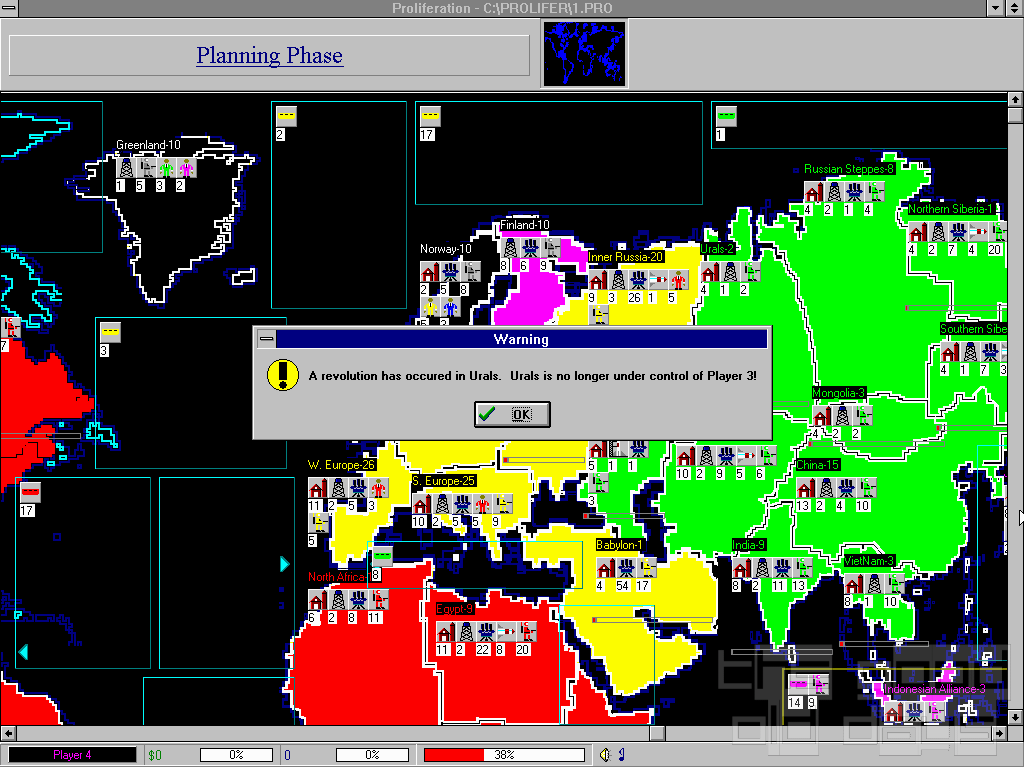