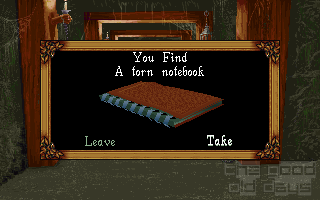 Herr M. (22.07.2014):
Actually I think it was a good idea to not rehash the haunted house scenario again. Opinions may vary on whether it's a good thing that they changed the pacing so massively too, but since I cheated the hell out of this game and had a lot of fun in doing so, I still have a soft spot for it. Except for said passages with the little girl, where I didn't have the nice health buffer that I got by drinking that bottle of posion again and again.
Moebius (22.07.2014):
The toy clown was "epic", yes.. i guess that was supposed to attract people to it, but as the following scene unfolded i immediately lost my interest

Moebius (22.07.2014):
Yes, but those weren't even monsters, but just buncha disfigured gangsters... which ironically were more difficult to rid of...

Moebius (22.07.2014):
I'd argue on the statement that it's just as good as its prequel. First off, it's somewhat less inviting, the scenery is a bit dull. Secondly, plot is kinda vague and unattractive. And thirdly, the gameplay is TERRIBLY difficult compared to the 1st chapter, so it actually makes you wanna quit it as soon as possible and play something else instead. I never played it a lot, as i would get bored of dying now and then. So yes, here i'd agree with the rating. 3 from me too.
Dictionary (20.08.2012):
Very good game, like its predecessor is very entertaining and innovative for its time. the grandfather of survival horror.
Wandrell (21.07.2010):