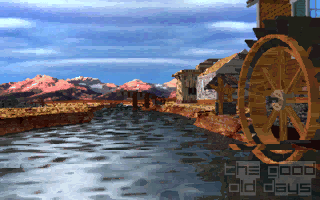 I remember that I got this game as part of a collection of Zork games for christmas around 1998. I had never heard of the series (let alone Infocom) before and was kind of surprised that the older ones were text adventures. Actually I remember to be even dissapointed about this fact, but hey there were still two graphic adventures, so this present wasn't a total loss, was it?

Well… this was around the time when DOS became obsolete, so try as I might: I just couldn't get Return to run (as always it must have been something about too low memory or something in the vein), even though that letter in the manual made it sound so great.

Years passed and it was always buried somewhere in my gaming collection. In the meantime I heard a lot of bad things about the game, like how hard it was and how horrible the acting was supposed to be.

Then, sometime after DOSBox showed up, I finally gave it a try… and hated it immediatly. It wasn't just that it did feel neither like the old text adventures (which turned out a lot better than I had though) nor like Nemesis (which is a story for another day), or that it looked terribly aged… it was the German translation that put me off. As far as I can remember already the installation program was horrible gibberish (the most primitive translation software couldn't have done worst) and it didn't get much better after that. I gave up on it after playing it for about an hour or so. Maybe I will give the English version a try sometime. 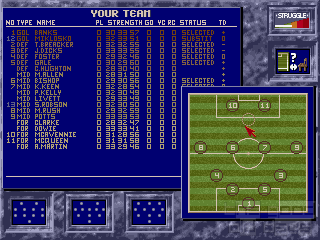