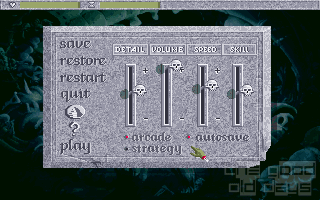 Herr M. (2014-08-02):
Originally posted by Moebius at 00:26 on August 2nd, 2014:
[…] customized hybrid of a thief and wizard[…] I bet you did something similar too.
Of course I did, but I think the 'pure' classes are a lot more fun because they force you to be a bit more creative and actually feel a lot more than they are supposed to be. Plus it takes far too long to max every stat.

Originally posted by Moebius at 00:26 on August 2nd, 2014:
[…]driven by the fact that the whole subject of burglary is somewhat glorified. […] But i don't think it's appropriate for minors. It may look harmless, but it's certainly not.
Well, I played the first one at the age of nine, liked robbing the old lady a lot and still don't think it's morally OK to steal from people in real life. So I don't think it's that serious, that it would warrant censorship, yet I do agree that it tends to downplay the moral implications a bit. Keep in mind though that while you can steal a lot, the game still has an inclination to judge every misstep you take on the creators moral compass… heavily.
Quote:
Anyway, in conclusion i'd say that i'm probably more inclined to be in favor of the wizard hero.
Me too, escpecially because I always got the feeling that he is the only one who really understands what's going on (especially Erana and her fate, the staff and so on), plus he is a lot better fit to that mysterious girl than the other characters.
Though my second favourite would be the paladin, because he gets a lot of cool stuff to do and fits the theme of gaining the trust of the townspeople and thereby rekindling their hopes. Oh and slaying mightily evil things of course. 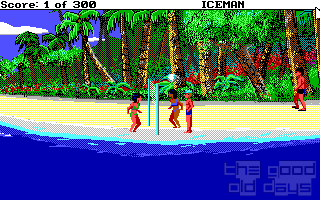