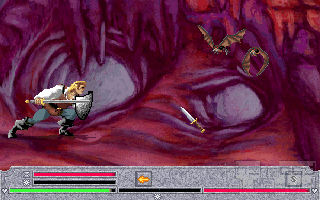 Moebius (03.08.2014):
Zitat:
Well, to be honest I think you didn't miss that much, because although it is an OKish game it doesn't quite live up to the other parts of the series and has a totally different playing style. Still, it does bring things to a somewhat satsfying end.

Zitat:
If you want to hear the long version of it just look up the review on this site (if you haven't already)

Moebius (02.08.2014):
Zitat:
Keep in mind though that while you can steal a lot, the game still has an inclination to judge every misstep you take on the creators moral compass… heavily.

Zitat:
Me too, escpecially because I always got the feeling that he is the only one who really understands what's going on (especially Erana and her fate, the staff and so on), plus he is a lot better fit to that mysterious girl than the other characters.

Geschrieben von Moebius um 12:26 am 02.08.2014:
[…]driven by the fact that the whole subject of burglary is somewhat glorified. […] But i don't think it's appropriate for minors. It may look harmless, but it's certainly not.
Well, I played the first one at the age of nine, liked robbing the old lady a lot and still don't think it's morally OK to steal from people in real life. So I don't think it's that serious, that it would warrant censorship, yet I do agree that it tends to downplay the moral implications a bit. Keep in mind though that while you can steal a lot, the game still has an inclination to judge every misstep you take on the creators moral compass… heavily.
Zitat:
Anyway, in conclusion i'd say that i'm probably more inclined to be in favor of the wizard hero.
Me too, escpecially because I always got the feeling that he is the only one who really understands what's going on (especially Erana and her fate, the staff and so on), plus he is a lot better fit to that mysterious girl than the other characters.
Though my second favourite would be the paladin, because he gets a lot of cool stuff to do and fits the theme of gaining the trust of the townspeople and thereby rekindling their hopes. Oh and slaying mightily evil things of course.

Moebius (01.08.2014):
I played the floppy version, and yes, i did encounter a few nasty bugs. However, they proved to be less crucial than i thought. I did work around those without applying any patches (i had none at the time), i just took a few slightly different approaches in order to change the future.. speaking figuratively. And voila, the game is finished. It must be also said that i had version 1.0, which is supposed to be the most buggy, and i still somehow avoided all the conflicting segments of the game and was victorious. I can now only vaguely recall the issues, something with the pan used to concoct stuff and with the gypsy guy. The game wouldn't quit abruptly though, but some of the objects would either never appear at the arranged spots, or turn out ineffective, or as if i had none of them, whereas i actually did. Something along those lines. Anyway, it didn't really bother me much, there were just a couple of such instances, and i still pretty much enjoyed the game, and that doesn't change the fact that it's one of the BEST Sierra games, and, perhaps even the best in QFG series.
Herr M. (01.08.2014):