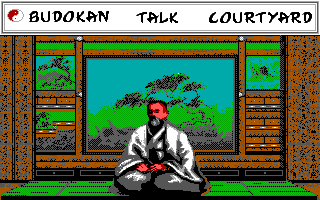 Mr Creosote (2017-03-12):
Originally posted by Moebius at 06:26 on March 11th, 2017:
Why bother with so many moves if you can get away with just two, especially when the rest is just utterly useless and self-damaging...
Typical weakness of the genre, I would say. Having played a good number of these games recently, you probably wouldn't believe how far I got in many of them just doing a crouching kick (for lack of a better term). Or you probably would. If it's at least a combination of moves you need, that's acceptable in my book (albeit far from perfect).

Moebius (2017-03-11):
Granted, i actually discovered and played it in the 2000s already, but then i could still enjoy some other fighting games which were even older. Budokan i didn't enjoy for a second and played it only to see the end of it using a combo of 90% flawless hits, which actually is another downside to the gameplay. Why bother with so many moves if you can get away with just two, especially when the rest is just utterly useless and self-damaging... also, while the postures are ok some of the actual moves, the kicks specifically, look ridiculous. Speaking of PC version, i was also quite annoyed with the digitized speaker output.
Mr Creosote (2017-03-11):
Animations, for a game originally developed on an IBM PC, I found actually quite decent for the time. Clearly, this is not a spectacular or flashy game, as mentioned in the review. I appreciate its down-to-earth angle, actually. Although clearly, when the mood strikes me to pick a fighting game for pure enjoyment (i.e. outside of reviewing duties), Budokan is not the first pick.
Moebius (2017-03-11):
Well, first off, choppy animation for some moves, which is mostly unexpected as still pictures suggest a different idea. Secondly, very unresponsive and inconveniently defined controls. I hated those delays between pushing and execution of moves and my fingers would get tired. And lastly, there could be just a few more special effects, like enemies jerking back on hit etc.
Mr Creosote (2017-03-11):
So what bothered you about it?
Moebius (2017-03-10):
It looked very attractive alright, but the gameplay was very weak in my opinion.
Mr Creosote (2017-03-09):
Feel free to share anything about Budokan: The Martial Spirit (1990) here!
[Reply] 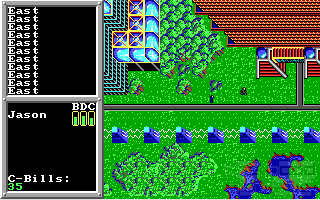