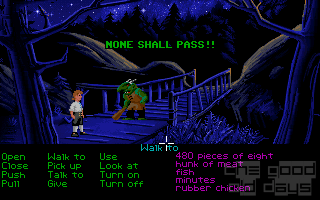 AKK (2012-05-15):
"The Secret of Monkey Island" ist für mich persönlich DER Adventure-Klassiker schlechthin. Auch, wenn das Spiel heute fast 20 Jahre alt ist, lohnt es sich immernoch: Eine Athmosphäre, die fast alle modernen Spiele in die Tasche steckt, genialer Humor, der auch als Text gut rüber kommt, perfekte Rätsel, interessante Schauplätze... Die Liste ließe sich fortführen.
Wandrell (2009-03-11):
If I got any other kind of answer I was planning to say "If it's known, there it is not a secret". But seriously, Ron Gilbert said there is really a secret of Monkey Island, just I suppose it's a reference that only makes sense to him.
Mr Creosote (2009-03-11):
There is... but if you knew what it was, it wouldn't be a secret, would it?
Wandrell (2009-03-11):
Was there even a secret on Monkey Island?
ElvesBrew (2002-10-07): 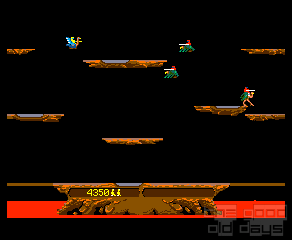