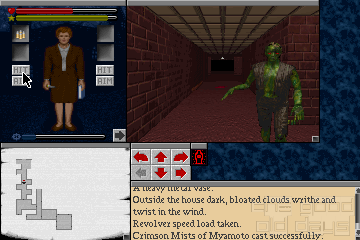 Mr Creosote (2009-07-11):
That would probably be Wonderland. The earlier games made by Magnetic Scrolls (The Pawn and The Guild of Thieves are on TGOD) use a fixed frame layout.
Wandrell (2009-07-11):
For what I recall reading somewhere, The Legacy engine was made from one made for IFs by Magnetic Scrolls. But I barely played their games so I don't know which. So this windows thing may well end being a direct copy from Deja-Vu, not even that they had the same idea.
Mr Creosote (2009-07-11):
Originally posted by T-Pow at 22:34 on July 10th, 2009:
you can customize the whole interface. Every window can be rearanged and rezized to fit the players needs. That was revolutionary when the game was released. I don't know many other games where you can do this.
Deja Vu did that in the mid-80s 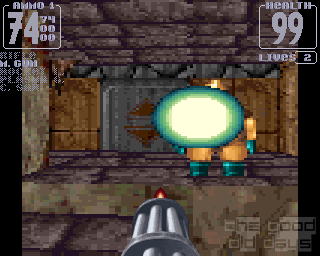