Mr Creosote (2007-11-30):
I've finished James Pond 2, but only using an unlimited life cheat. You're right, you can't save, but I just kept the computer on all day and paused the game

Mr Creosote (2007-11-29):
Highly overrated game in my opinion. Not particularly bad, but absolutely nothing compared to what other games of the same genre offered at that time. Just not for owners of text-driven typewriters, of course. However, since the latter won the 'format war', this game is now held up as an example of genius - because there simply wasn't anything else on that particular machine. Which is nothing short of a heavy distortion of history, if you ask me.
[Reply] 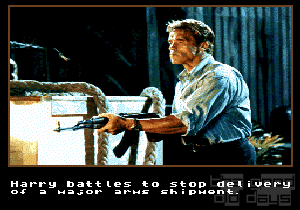