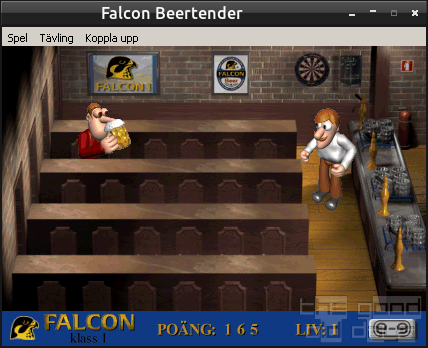 Mr Creosote (2013-12-12):
Concerning the game's size, consider that the original, Tapper, is a commercial game. Though I must admit I'm convinced this licensing tag is actually a mistake on our side; Beertender is a freeware game. Unless anyone brings up proof of the opposite, I will change it in the database.
Spartax (2013-12-12):