I played this game through in its entirety back in the day - guessing that's a quarter century ago at this point. I do remember experimentation being part of the mix, but there were limits to it: you were largely trying to discover the recipe for existing spells. The manual is key, where they typically list some (but not all) of the ingredients. Sometimes you'd get clues to the missing ingredients from the recipe list through gameplay - typically by traveling the world and talking with other magic users.

Once you'd discovered the "base" recipe for a spell, you could alter it within limits. For example: a version of the dragon summoning spell that made your dragon have more HP, or more attack, or to make your levitation spell last longer. There were four primary ingredients most spells used that you could alter to make that happen...I remember "candles" being one of them (and it affected attack), but can't remember the others.

I actually finished this game, which says a lot about it - even other games I loved like the last two entries in "The Bard's Tale" trilogy didn't get finished. This game would be great for a remake, to be honest, with a more expanded magical experimentation system and maybe a 3D world.

Mr Creosote:
This game could have been great if it had actually been about experimenting with spell ingredients to create new and possibly unexpected effects, in the same vein as the tiny genre of species mutation/evolution tried with life forms. When it turned out to be a stupid exercise in repetive ingredient collection tasks and tedious cooking lessons which explicitly forbid any experimentation, I was thouroughly disappointed.
Herr M.:

Wandrell:
Feel free to share anything about SpellCraft: Aspects of Valor (1992) here!
[Reply] 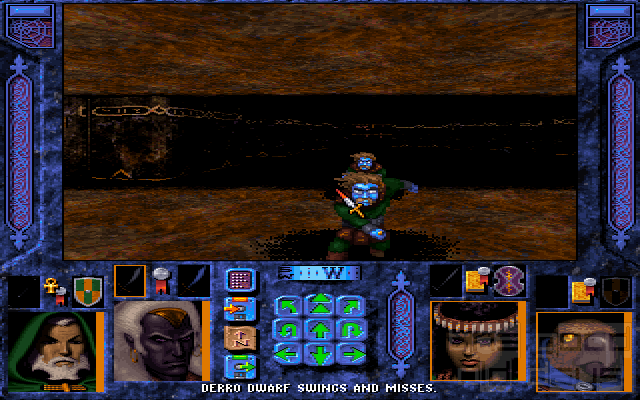