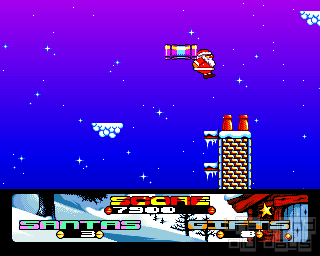 Santa Clause was already on his way to deliver presents when his flying sleigh was blown out of balance by a gust of wind – now the presents are dispersed all over the city. Time to go down and pick them all up again, because otherwise, so many children would cry themselves to sleep that night. Sniff…

Although this game shares both the title and even the title screen of an earlier one, the two bear no deeper relation apart from the Christmas theme. This Xmas Caper is a classic Jump'n'Run set on top of the roofs of the city as well as a couple of fantasy landscapes (you know, the kind with a ground made of cake and jelly, giant forks etc.). The small Santa Clause sprite has to collect a number of presents per level, the length of which vary drastically.

There is one thing they all have in common with respect to this goal: you always have to collect every damn last present before you can move on. There is no choice, even those badly accessible ones need to be reached somehow. The game leaves no room for players to be just an adequate Santa or a better one (distinguished by score), but the minimum requirement is to be perfect.

Which, given the common mythological background, may make sense, but it becomes tedious quite quickly. Not even so much because reaching some presents' locations is particularly dangerous, but rather because you may get to the level's exit without even having spotted some – and backtracking through the level to find the missing presents is sometimes painfully annoying.

The reason being that the levels just aren't very interesting. The settings and enemies are graphically alright, but far from impressive and they quickly repeat themselves. Special powerups or other gameplay-enhancing features are virtually absent (there is an item granting temporary invulnerability and the jelly is a little bouncy…). This is obviously a quickly thrown together product without the slightest bit of ambition. It's not breathtakingly bad; if it didn't force the player into all this backtracking, I would probably call it the epitome of an average platformer. It's so mediocre there is really no reason to stick with it beyond the 30 minute “initial impression” period. 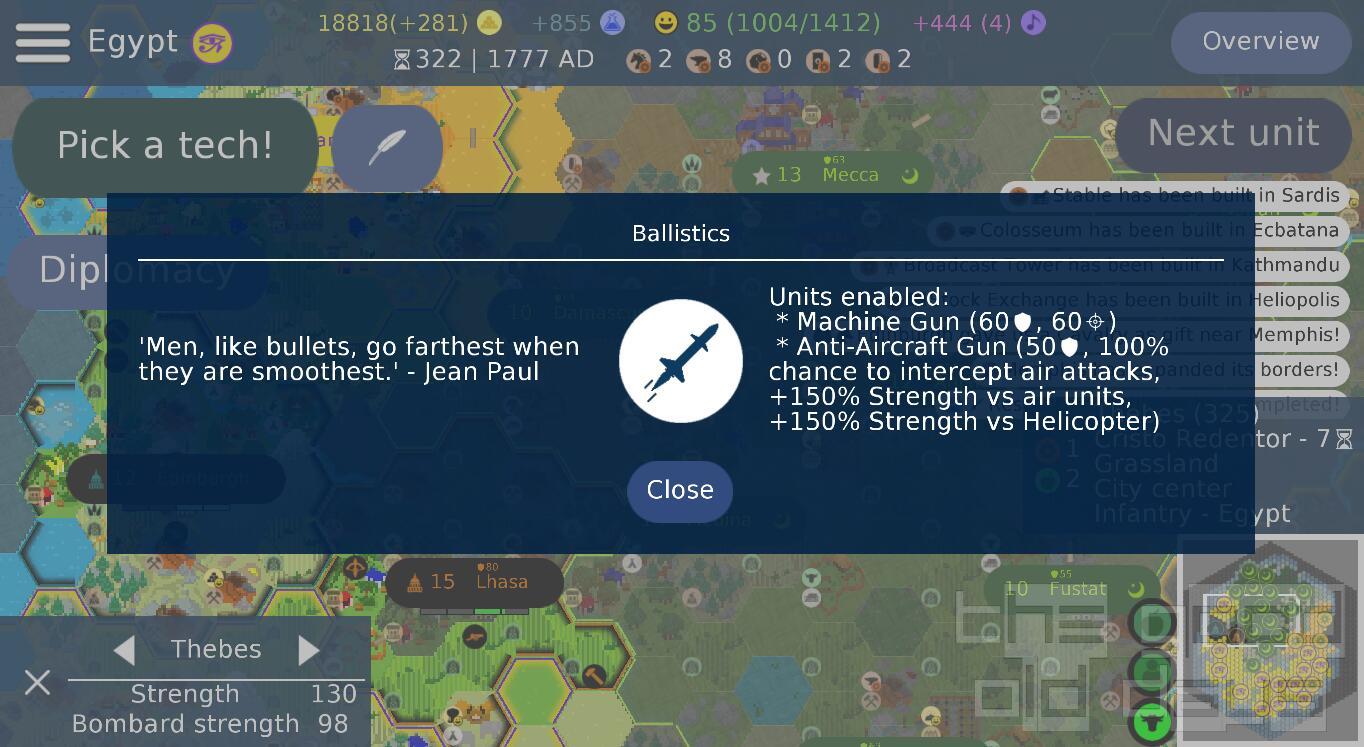