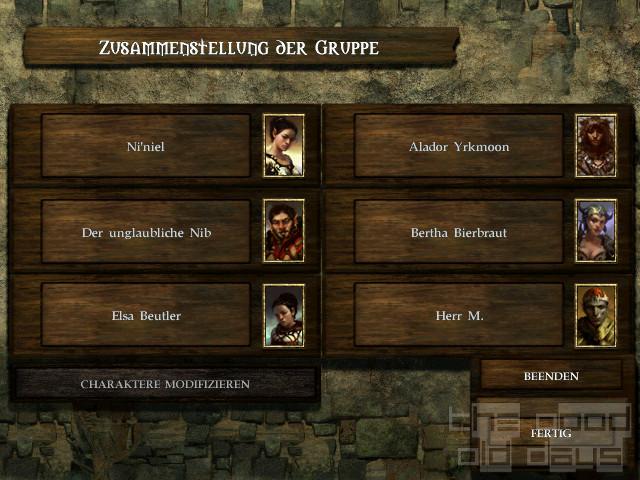 Well met traveller! Come closer to the fire and warm your frozen bones a little before you continue the journey through those icy planes. While we are waiting for the clouds to clear up, let me tell you a story about a golden age… a golden age of role playing.

You know there was this game called Dungeons&Dragons, which was to many the epitome of pen&paper role playing. Don’t worry if it means nothing to you, the only thing you actually need to know right now is that it is a very nerdy yet strangely compelling way to waste a couple of hours with some friends while pretending, that is imagining, to crawl around the eponymous structures in search of the hoard of said lizards.

Anyways around the turn of the century this was big. Well, compared to other games maybe not that big, but a whole lot bigger then it is today. There were hundreds of books full of rules and background stories. Some of them were even popular amongst people who didn’t even play the game at all, like those stories about a certain drow elf named Drizzt. My, there was even a movie… in cinemas! Nowadays when you mention the magic letters RPG, most people would rather think of things like Warcraft, but back then a majority of this kind of computer games drew their inspiration, one way or another, from that hardcopy thingy mentioned above.

And the game, I’m going to tell you some interesting stuff about, is one that got as close as it would get to the real McCoy, because it wasn’t only one of those titles that were officially licensed by D&D’s creators, but also made good use of one of the most popular scenarios, namely the Forgotten Realms. Many see it as the peak of a (then) steady stream of such games, like the Gold Box series, Eye of the Beholder, Ravenloft, Neverwinter Nights and several others, and it was part of a so called trinity of games (that religious analogy tells a lot about how the fans felt about this form of entertainment).

All three of them used the same engine, so they looked and played somewhat alike, yet they made some choices that lead to some stark contrasts. The most obvious one was how much emphasis the games put on fleshing out the world and the characters therein, as opposed to setting up some though battles and letting you fight your way through hordes of monsters. On the one end there was Planescape: Torment which was almost all about your character and how he influenced his surroundings, and on the other side there was Icewind Dale whose story boiled down to stringing some battle encounters together. The third one, Baldur’s Gate, balanced out somewhere in between.

Each one had a different approach on creating your character, but only in Icewind Dale were you supposed to create a whole bunch of them. It was up to you to start up to six heroic careers. If you wanted to, you could take less, which meant that the beginning would be a bit tougher, but things would balance out nicely since they got more experience this way and the individuals would reach far higher levels of power than in a larger group.

But I’m getting a bit ahead of myself. Let’s stay at the character creation. You couldn’t only chose how many of them there should be, but also what kind of heroes you wanted. How about the stereotypical arrow slinging elf? Or the beer-guzzling dwarf berserker? Everyone knows that halflings make for great thieves, don’t they? And you never should leave home without a wizard! Overall you could choose from six races and eight classes, which made for lots of possible combinations, especially since you could multi- or dual-class, that is some of your characters could gain skills in more than one profession.

To top it off you could name each creation and give them proper looks and sounds. And proper isn’t just a hollow phrase here: The portraits definitely had some artistic merit to them. The voices a bit less, but there was still enough variety that it was no problem at all to round of your fellows with enough individuality to make them stand out in the crowd. The most fun could be had by giving your party a certain theme: Like an all out female group, bards only, INT<3; STR>18, Mr. Sinister and his evil hench(wo)men or the goody two-shoes troupe of saintly righteousness.

Well, you probably guessed it by now: As far as the role playing part was concerned you had to do a lot on your own, because with all those possibilities the story didn’t go that much into your characters. True, there were some places were a person of a certain kind would trigger some special response, but in the end it only amounted to some small flavour texts and slight XP rewards. And try as you might, you would always have to face that one particular boss, and see the same closing cut-scene every time.

Speaking of which: They were nicely done, those small movies and the story they tried to frame. Ultimately the plot they told might have been a bit generic, but then that was what the game was aiming for after all: A good old dungeon romp, with all its cliches and tropes. Ranging from the number one enemies, orcs and goblins, over saving whole towns by slaughtering hordes of nameless enemies, plundering treasure chests en masse and wearing so many magic thingamabobs that you all too easily lost track of what they actually did to you.

So you had your troupe set up, your goal was literally(!) to seek out the ‘great evil’ that was threatening the land, how did you go about it? Funnily what you actually did to kill all those monster mobs had a lot in common with a slightly different genre: The real time strategy games. Since this one here focused a lot on fighting, it became a lot more obvious than in the other two. You had your six ‘units’ you could boss around individually or in a group, by selecting one, a couple or all of them at once and picking a command at the bar at the bottom of the screen. Each class had its own set of abilities. A thief had stealth and larceny, a mage or priest got his spell casting icon and fighter types had lots of slots for weaponry and stuff. All in all it was quite handy and once you got the hang of it, you didn’t have to waste all that much thought on managing your group’s powers and skills. Mainly because things did seldom get more complicated than positioning your troops and then selecting which enemy to attack next or where to cast your fireball.

The latter did make the game a bit more versatile though, because with the really huge arsenal of spells and scrolls (I guess it must have been around 100 really distinct ones) you could do a lot of interesting things. Like stunning your enemies, taking control over their minds and bodies, killing them outright or roasting/electrocuting/freezing them first, summoning up creatures to fight at your side, heal yourself, strengthen your comrades, teleport away, turn people invisible, make yourself immune to this or that, move twice as fast, identify those nifty magic items, turn your enemies blind… the list seems endless and the best part about it was, that each spell school actually felt different, that is each one of led to another kind of tactic than the others, and they balanced out quite well. You could go through the whole game without magic, but you would miss a lot of the game’s potential this way.

As far as the non-magical attacks were concerned, it was safe to say that ranged weapons were a whole lot better than their melee counterparts, at least in the beginning. It’s not only a no-brainer not to let your opponents come closer in the first place, but they also had better attack bonuses and did slightly more damage. Like I said it was a lot like an RTS, and there range also made a whole lot of difference when attacking enemy targets. On top of that you could do some very cheesy things with blocking the monster’s patch with invisible team-mates and then shooting at the brainless AI, that just wanted to walk straight at you but was stuck.

But I won’t spoil those exploits for you, because part of the fun you can have in the Icewind Dale comes from finding them… or at least finding some kind of tactics that minimises your party’s health points loss, while maximising the damage output. And as simple as the engine might have looked and as straightforward as your goals might have been, there were some very complex mechanics behind the facade, that could be (mis)used for some incredibly brain teasing tweaking.

But as for said facade let’s come to another really strong points of the game: The looks and sounds, the atmosphere. There was, as the name already implies, a very snowy theme to it, which gave the place a strangely calm feeling. Everything seemed to be hibernating, waiting for the overdue spring to warm the spirits up a bit. Well, everything except for all those nasty creatures which neither rain, nor snow, nor sleet, nor hail shall move from their appointed guard post… but a blade or chant might just do the trick. With all the snow and frosty breeze I always got a very comfy feeling sitting in my warm room with a hot cup of tea, watching those valiant fellows dash through mounds of ice, gold and corpses. The sonorous music and the crunchy footsteps do their best to enhance that experience. It’s hard to describe in mere words, you have to see and hear it for yourself, but someone did an excellent job there to catch the spirit of winter.

Hmm, what’s left to say? Did I mention the multiplayer mode already? All those battle encounters and the party aspect lent themselves really well to join forces with some human players. It also brought some liveliness to the game, since you got a bit more response from them than the standard dialogues of the NPCs (those they weren’t particularly bad though, just a bit one-sided). Best part was quarrelling about the loot, that is who would get the best stuff, and coordinating your tactics in especially hard fights. Ah, almost felt like the paper version that inspired this kind of video games in the first place.

And my guess is that’s because it stayed so close to the source material. As far as trying to recreate the experience of the actual group dynamics in a role playing session this one got a whole lot closer than the very novel-like Planescape: Torment or the almost cinematic Baldur’s Gate. Depending on your tastes this can either be a good or a bad thing, but it’s great that those three were so different, that they offered so much variety. Out of the three Icewind Dale probably has the greatest replay value, because it puts less emphasis on the story and more on the group of adventurer’s you create. And as mentioned above, there are lots of different approaches you can give a try.

Well, will you look at that! Seems like the sun is finally coming through. Here’s hoping I didn’t bore you too much with this story of the days of yore. But hey, who knows, maybe you have been travelling through the Dales yourself, or plan on visiting them. So what’s your story? 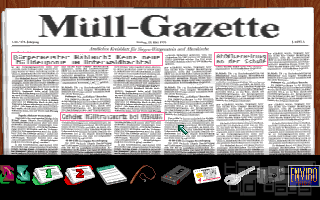