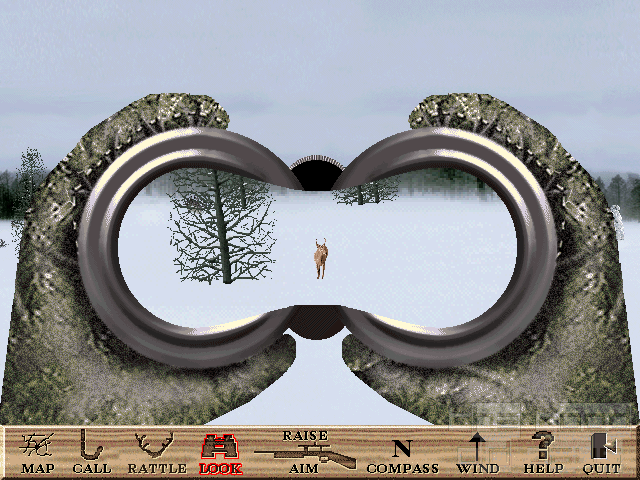 Ever wanted to go Deer Hunting without the need of an actual license and/or without buying expensive hunting weapons? Well luckily, there's a game for you.

Developed and released in 1997 by Sunstorm Interactive and Published by WizardWorks for Windows 95 PC's, Deer Hunter is a Deer Hunting simulator that allows you to actually go Deer Hunting. 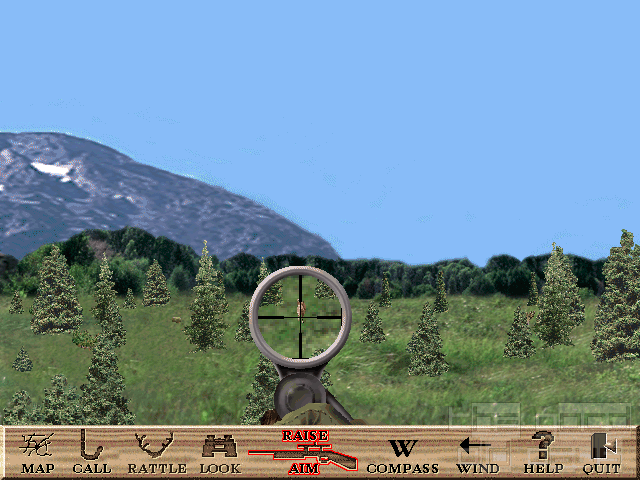 Yes this deer is the one I get on the trophy

The gameplay is actually very simple, you 1st get a map of the area you chose, from there you can choose to go to any area of the woods you want till you find signs of deer being there. (Though you can just choose to hunt anywhere at the cost of waiting a long while for deer to show up) Once you pick your spot, you can then go hunting. You use the mouse to rotate around and you have a lot of options. You can use the Call and Rattle options to try to attract deer and there's a compass to show where you are facing at along with a wind meter and of course a look option that allows you to use Binoculars to get a closer look and then you have the RaiseAim button which of course takes out your weapon of choice and allows you to kill the deer. For the most part, your gonna be spending a lot of time turning around and around till you finally spot a deer, the deer usually will get closer or turn around, but when the deer is close enough, you can finally shoot that buck with your weapon of choice by simply aiming and pressing the left mouse button thus either killing the deer or missing which if that happens, the deer will end up running away from you. If you kill a deer, you get taken to the trophy room where it tells you all the details of the deer that you shot. 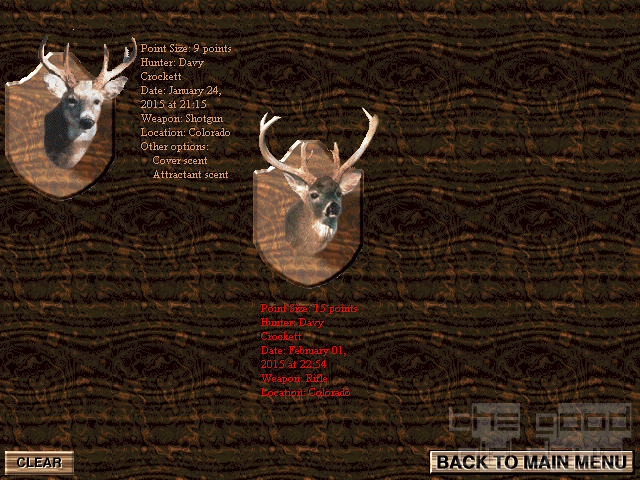 The game runs at a resolution of 640x480 with 256 Colors on screen and the graphics consists of sprites and very nice panoramic scrolling backgrounds that loop when you fully turn around again. The tree sprites along with the deer sprites are actually very detailed and the animations on the deer is actually pretty descent although very dated. (The Sprite animations are kinda similar to the sprite animations of the enemies in 2.5D FPS Shooters of the time in terms of framerate)

There is no music, but there is speech from the hunter you play as and there is the nice sounds of the forest and some descent gun shooting sound effects along with the rattle and call sounds.

You get 3 weapons to choose from, the shotgun, the riffle, and a bow. You can also use Attract Scents to attract deer and Cover Scents to hide your human body odor from them and there is even a tree stand option also. You get to hunt in 3 areas, The Colorado Alpine Meadows, The Indiana Winter, and the Arkansas Autumn Woodlands and there's even a Target Range for practicing.

While it may not be a game for everyone, its a fun game to play once in a while when your bored or just want something simple. In short, Deer Hunter is a very simple and decent game that anyone can pick up and play. I highly recommend it. 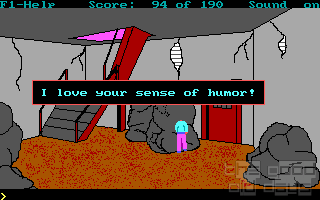