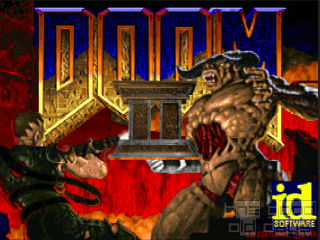 DOOM 2 – my first ego shooter, installed from about 25 (!) 3.5" floppy disks on a 486 PC with 33MHz (with Turbo even 66MHz). The longer the installation took, the more the anticipation grew! It came out in 1994 (by chance also the year I got my first computer) and of course had to be installed right away. Until 2011, it was on the German index of youth-endangering games, but now it received a 16-and-above badge (which young people would want that anyway? ^_^).

You begin by choosing the difficulty level, ranging from “I'm too young to die” to “Nightmare”. Even the former is already challenging without cheats and the latter is impossible by definition. Talking about cheats, these could come in handy:

There are a number of further cheats (level hopping, going through walls, revealing the full map etc.), but I find these to be the most important ones. Oh, and by the way: although these cheats would be particularly useful in Nightmare mode, sorry, they won't work there! You will just have to manage… ^_^

On the whole, you have to get through 32 levels (if you find them all). They can be grouped in different sections: space station, city, hell and secret levels. To pass without cheats, you have to solve puzzles. Meaning that some doors are locked and can only be opened with special keys (yellow, red or blue). These have to be located (those of you who have seen the film will have a good idea of this). Of course, this is often where the nastiest monsters lurk.

You start out with your fists, then with a crowbar and work yourself up over the chainsaw, revolver, shotgun, machine gun, plasma gun and missile launcher to the BFG9000 (basically also a plasma gun, but the ultimate weapon in DOOM 2). With the last two weapons, you better not be too close to the target, though, unless you want to end up squashed as well…

From level to level, there are:
1. More monsters
2. Tougher monsters
Makes sense.

I will be completely honest: I tried a couple of times without cheating, but I always ended up typing the codes again, because the gameplay is just unbelievably hard. Of course, you won't find all the weapons in the first level, not to mention ammunition. The puzzles (as far as they can be called that) are hardly worth mentioning. In the end, it is only about shooting and see the blood spurting. Plot? Which plot?

And this is the way I recommend the game: as a great shooter. So if you would like to kill a couple of monsters: go ahead!

themasterofall:
Feel free to share anything about Doom 2: Hell on Earth (1994) here!
[Reply] 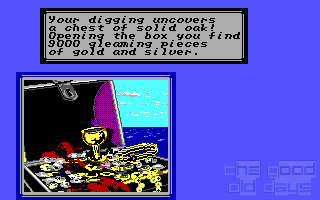