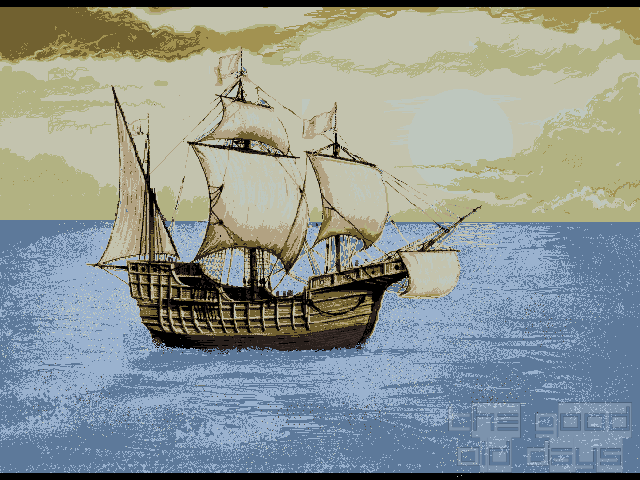 Considering that Sunflowers created games like Fugger II and the Anno series, a similar game like Atlas can't be all that bad. Surprisingly, however, this game is just a knock-off of a Japanese game from 1991 which falls far behind my expectations.

Atlas works in a fairly simple way. You make a contract with the Portugese king and pledge to explore everything 2000 miles south of Lisbon within the next 5 years. No sooner said than done. We buy a couple of new ships which appear immediately and then have the choice of creating either an expedition or a merchant fleet. According to our mission, we want and have to explore first, so we create an expedition, set the route and appoint an admiral who commands the fleet. After some time, this fleet returns and we receive the events and discoveries as small text boxes. If the result doesn't please us, we can send the fleet on another journey and receive different results.

With some luck, we will discover new treasures which provide us with money or new cities trading rare goods. By creating a merchant fleet, we can secure a sizable income from such trading. Also, the king will fund us annualy depending on our success.

So it is your goal to explore Africa as a sort of Vasco da Gama in order to find the way to India by taking a trip around Africa. Unfortunately, this turns out to be harder than first anticipated, because nobody knows how large Africa really is and you have to explore and uncover it first. Fortunately, some diversity is provided by changing the world map as we know it a little. This, I basically like and it makes for some little replayability.

Though unfortunately, this is really all there is to say. The game doesn't contain multiplayer, no competition, no Christoph Columbus whom you have to beat, no missions, no pirates… nothing… from time to time, you will encounter a sea monster swallowing a ship. This is already the climax of the game.

Graphics and sound are bad beyond imagination by today's standards and also not adequate for the possibilities of the time. The graphics are kept in brown-yellowish pastel colours and were presumably intended to give off a 'historical' scent as in Zeppelin. A matter of taste.

The sound sounds like I were trying to strangle and drown a cat at the same time while pulling its hair. I couldn't make out a melody. Thankfully, this can be switched off and once this is done and you got used to the graphics, you can actually play the game for some time.

Summing up: the game isn't a masterpiece at all, but it's alright to play occasionally… 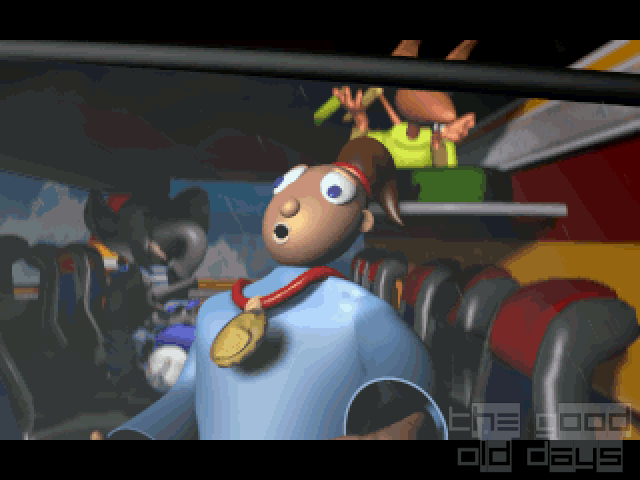