Archon – The Light and the Dark
for C64
Also available for: PC (CGA) 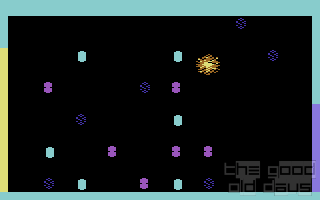 Have you ever heard about Napoleon? Yeah, the genial goblin-like garlic-eater. It's strange how along the time, the good games that had a look at this formidable person...simply failed to appear.

On the other hand, excellent games that had a look at fantasy are so many that I can write a few hundred titles right now. And Archon is one of them.

In fact, Archon is not only one of the best fantasy games. It is one of the best strategy games, and, by far, one of the most genial (but simple) ideas ever to populate the face of earth. A chess game with goblins and sourcerers, now here's an idea!

As I said, Archon is, foremost of all, a chess-like strategy game. I say “chess-like” because it is tile-based, but harshly tile-based since the primary battlefield is a chessboard. The metaphor is subtile, but it is simply astonishing (one of the things that make this game so good): the battle is taking place between good and evil. And this is exactly like a game. A continuous duel between those who command. However, unlike in a chess-game, the king is much more powerful. In fact, we have an equivalent of the king and the queen for each of the two sides (the units are different, but well-balanced). And while the queen fights, the king uses his magic. The number of spells is not exactly huge, but the spells are well-thought and can work wonders.

However, winning a game is not only a matter of strategy. Of course, the strategy plays a huge role in the game. But whenever two enemy units come in contact (occupy the same square), the fight between them begins. In that moment, you take control of the unit and fight the other just like in a duel. In that moment, strategy is not all, because you need the skill. This way, the strategical skill is not enough: you must be a good melee fighter, a true warrior if you want to win. Indeed, the power of the units is not all that counts. Units need a time to “reload”, and the battlefield is full of obstacles, therefore balancing the duel between units with long-range fire and those with close-range attacks.

Indeed, the units are well-balanced, and each unit has a counterpart in the enemy side. Each of the two sourcerers can summon an elemental power, can heal units, teleport, exchange units and so on. Your warriors have a limited number of squares, but the direction is at your option. This way, you have no limit in your strategy.

Archon also has a multiplayer option, which works well (I tried it on my C64 and works well, with an emulator it's a bit strange because the keyboard layout is different). However, playing Archon with a human opponent is not too different from playing with a computer, because the AI is extremely good. Having ten years of playing chess and reading about Napoleon behind me, the computer manadged to battle very well against all my strategies, and even defeated me a few times (of course it didn't happen too often...). Anyway, as a conclusion, Archon is, by far, a great, great strategy game and one of those games you need to play. Very entertaining.

Nevenbl:
I loved this game, one of best for C=64. How time is going fast, like it was yesterday that I played this game.
moo2:

Archon was really fantastic. I played it x-times against my cousin and it was always fun. I can remember, that I liked the "blue witch" better than the yellow dragon - because she could move while the "weapon (force field or so)" skill has been activated

. The dragon was always "frozen" while he transformed into that fireball thing.

My brother and I played this soooo many times! This must be my all-time c64 favorite.

My weapon of choice was the unicorn. 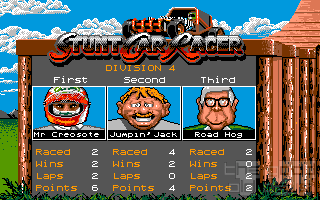