To lead a life like Hugh Hefner someday… doesn’t this cross most men’s minds? Well, in this game from 1997 we get the chance to give it a virtual try. Too bad, that you will have to start at the veeery bottom. Namely as a bank robber, who is hunted by the FBI and whom his chums have cheated of his share of the loot. So we hide in some dump in the desert, where we meet lovely Lula, who is willing to help us, if we can turn her into a heroine of the porn industry (which girl with a bust size of 50+ does not dream of this kind of things?!?).

Doesn’t sound bad for starters, does it?

Well, the whole game is separated into three parts. In the first one we are in that desert dump and have to gain a new identity, in order to get removed from the FBI’s wanted list. We also have to collect some funds to have a bit of extra dough in the second part. To do so we have a couple of choices:
a) We can take photos of Lula with married men in order to blackmail them
b) We beat up bar patrons in the toilets and rob them
c) We hold a sexy photo session with Lula
d) We shoot some aesthetic porn movies of Lula
e) We make Lula work as a stripper at the bar
f) We drop some pink-coloured willy birds

Points d and e offer the biggest rewards. The other ones are only there to help us getting out of a tight spot, when we are about to run out of money. So, we cross the road and lodge in the motel. Then we go to the camera merchant, where we buy the basic equipment for our photo sessions. It consists of a cheap camera, lightning and a couple of rolls of films. Now back to the motel and take some photos of Lula. After the first photo session we get the film developed in the photo shop, which should be done after a couple of hours. Time enough to take some more pictures of Lula in a different pose. We can take one sum or get weekly licensing fees for this, whatever earns us more money.

Shallow gameplay but a rather nice diversion so far. Since we can purchase the video camera in a short time, we do not need to develop the films anymore, which reduces the waiting. When we have got the money we buy our new identity from the fence at the bar and move to the big city, where we test the second of the game’s worlds.

As soon as you get the necessary staff you can rent the missing rooms. Sadly the game’s attraction curve is starting to show a steady decline by this point. Producing the first couple of films is fun: You select a plot, determine the actor’s ‘roles’ and for how long and with whom… ahem … well, that is if they should get ‘set for work’ as couples, in threesomes or groups. Afterwards the film goes to the studio where the filming finally takes place.

Basically we are doing the same things like in part one, just with bigger staff, better equipment and grander atmosphere. Actually the game could become ‘really’ nice, if the people you hire would act a bit more on their own. Sadly work takes a break every 1-2 hours, because the one or the other actor or actress has some kind of problem. The best way to handle those is to remove the actor from the cast and reassign them to the film at your casting agency. It does not matter how good the actors are, they always come up with some kind of trouble and you have to go to the studio to solve those problems and you will have to start all over again. Extremely ANNOYING!

While playing the first part I had been asking myself ‘why did you throw this game away, it is actually fun?’, but in the second one it all came back to me. This realisation made me scrap the game ‘again’ after a series of self-made films, so I can and will not talk about part three. It is far too annoying to either pump the money up their arses or constantly get out the gun to threaten them with some Russian roulette.

On a more positive note the graphics are drawn really beautifully and they stick to a comic style like in Biing! – Sex, Intrigen und Skalpelle As far as the sound is concerned, there is nothing worth mentioning… it works. Great, isn’t it?

Conclusion: Nope, boring waste of time – you do not need it and you should not even play it for the experience – why should you anyway? There are better games. 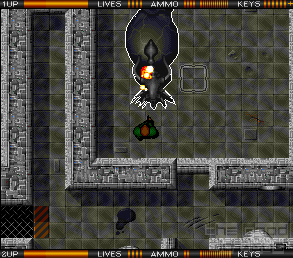