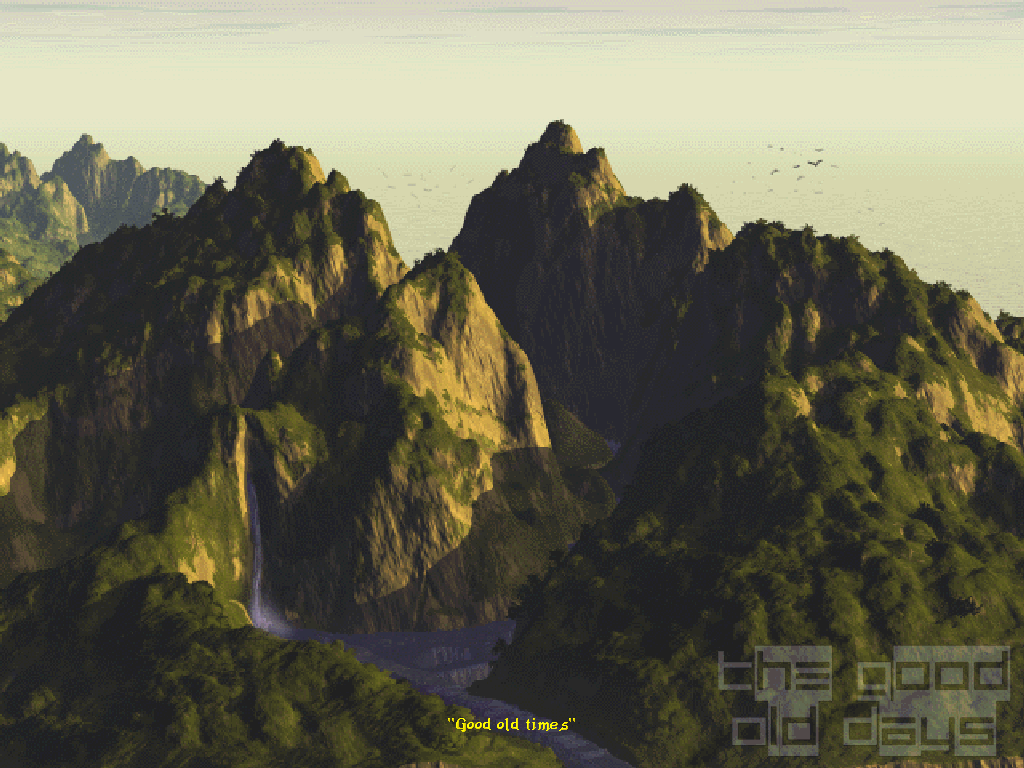 So we had The Settlers… what could possibly be improved? Looking at this sequel, even in detail, apparently not a lot. The game is still about creating a functioning economy which, ideally, should be supported by efficient logistics, i.e. short/fast delivery routes connecting the main junctions. Whichever faction manages to pull this off best, i.e. gains access to most of the valuable resources and exploits them effectively, usually wins.

The most noticeable change concerns the graphics. If there was one thing the original could have used more of, it was overview. In spite of heavily relying on the screen's overscan areas, there was admittedly a small issue of the 'camera' being a little too close, resulting in a lot of scrolling. The sequel supports resolutions up to 1024x768 pixels, effectively solving this. The revised controls also play their part well. However, graphics are a double-edged sword in this one nevertheless. The '3D' rendered buildings are actually comparatively ugly to look at, and since basically all of the game consists of staring at them, this is a fairly big burden.

In a similar vein, four different 'cultures' to which the competing factions can belong have been introduced. This effectively just comes down to different graphical sets. This brings some visual variety, but it also implies that players now have to be able to visually identify four different variants of the same buildings to play well; some designs not being all that intuitive.

Gameplay-wise, mercifully little has changed. Two or three new building types are now part of the overall production chains; for example, recruiting new soldiers will now require beer, made from water and wheat, in addition to weapons from the blacksmith's shop. Mules can carry additional goods on overloaded routes, but of course, only if they are bred first (come to think of it, also requires water and wheat). Nothing which will really destroy the balance of the economical system, but also no actual enhancement which changes the basic challenge.

Perhaps most controversially, catapult buildings have been introduced. These, if supplied with stone, can shoot at approaching enemy soldiers or, if placed close enough to a border, even at enemy military buildings to destroy them. Once again, a double-edged sword. Since military victory is necessary eventually, it does at least give players who have no working weapons/beer/gold supply built up a slim chance to get out of their weak position at all. So one could say it's a sensible enhancement, because now it is at least possible to turn a losing game around. On the other hand, it could be argued that a faction's economic power should be the sole determining factor of winning or losing in The Settlers, and that this addition just puts more unwelcome weight on the military aspect.

What has not even been remotely addressed, unfortunately, is the major issue of the end game dragging on way too long. When the winner has already been obvious for a very long time, she still has to conquer hut by hut – and the computer builds many of them. This busywork can take just as long, even longer on large maps, as the first part of the game (where something is actually decided due to playing well or badly). In more bad news, the random map generator has been removed; you can now only play the 'campaign' (stupid, because there is actually no link between the levels) or pick from a list of individually designed levels (exhausted quickly).

So this is a tough nut to rate. Essentially, The Settlers II is a more-of-the-same sequel without even a shred of real originality. It's a bit more comfortable to play, but looks inferior to its predecessor and lacks the essential map generator. Personally, I found the catapults quickly becoming annoying. So is this the ultimate version of the series to play, as it seems to be common consensus? I wouldn't go as far. The PC port of the original, with its increased graphical resolution, remains unbeaten. Still, you could do much worse than play this one.