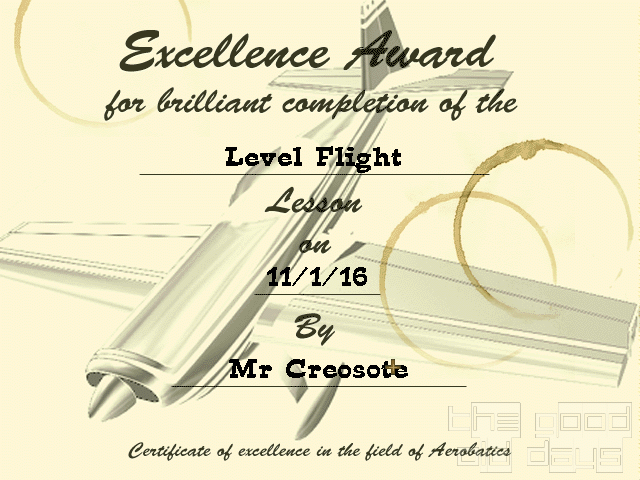 First, an important word of warning: If you don't own a decent analogue joystick (and have it ready), don't bother with this game! Keyboard controls exist, but they are totally useless and will prevent any fun from developing. Now that this is off the table, what is Flight Unlimited? How did they attempt to fill the gameplay/goal void which usually plagues civilian flight simulators? First, you have to understand that rather than simulating a regular aircraft, this game is about aerial-acrobatics. If you think looping, you've got the right idea (though that is, of course, not the only maneuver you will perform). 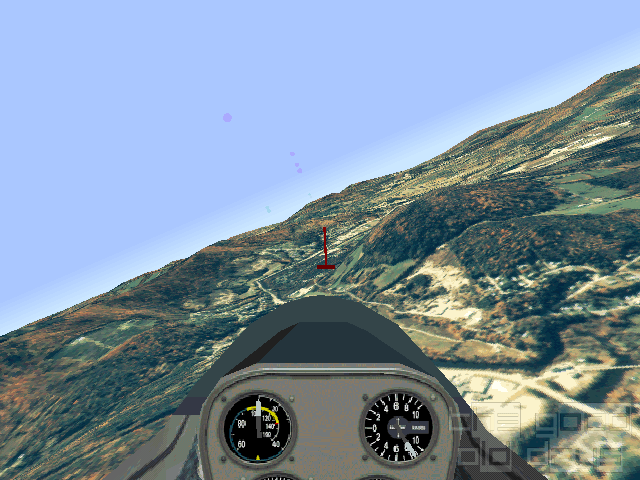 Before going into detail about this, let me tell you also that Flight Unlimited is a polished game all around. Instead of a simple menu, you walk around in a three-dimensional building next to the runway (which, of course, you can see through the window) in order to select whether you wanto to change settings, see highscores, just fly or take some training. Speaking of training, the lessons will guide you from the basics (keeping the plane steady, flying simple turns) to quite complex maneuvers â€“ all first described textually and illustrated by schematic drawings and then, in the air, accompanied by an instructor who will demonstrate, tell you what to do and also jump in with specific contextual advice when he notices you drifting off.

While performing your corkscrews etc., you will be treated with digitized satellite photos acting a gound tapestry. This looks pretty good, but it is what it is â€“ just a tapestry (and the full panorama view where it comes to full effect is more or less useless for real flying). So the closer you get, the more blurry it will become and, worse, you will realize that the forest you spotted from above is not actually made of trees, but it's just a green blot on the smooth surface. In fact, the game has absolutely no three-dimensional objects apart from the ground smoothly changing height level (i.e. hills). No buildings to fly around, no bridges to fly under.

This limits the player's possibilities significantly. It is particularly weird when it comes to what can probably be considered the main 'challenge' mode. There, the player is tasked to fly a pre-defined course through 'gates' as quickly as possible. So essentially, Flight Unlimited turns into a racing game (racing against the clock, represented by a 'ghost plane' of the previous record in the style of Micro Machines 2). The gates, however, are purely virtual. Having solid objects to fly around would have been quite an asset. 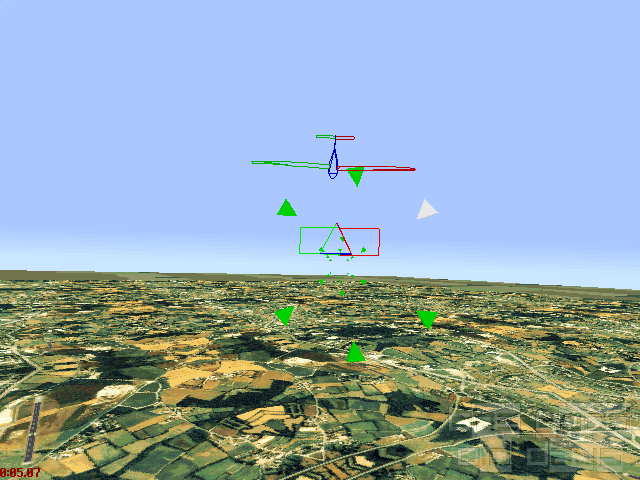 Where the game does score compared to the competition is the slightly more advanced flight model. For example, performing a 180Â° turn is not just a simple matter of turning right; you will also need the pedals to stabilize your plane. As far as the 'world' goes, the game simulates updrafts (which look like smoke signs from a Lucky Luke comic). These are particularly important when flying a motorless glider to increase its time in the air.

Once you've mastered the basic flying skills and set a few records on the courses, however, motivation will inevitably take a downward slope. Different airfields in different parts of the world just change the ground tapestry; the challenges remain the same old ones. The racing style courses were indeed an excellent idea, but they have not been fully worked out yet. Three-dimensional obstacles would be one thing, another remaining issue is that players will optimize their performances pretty quickly, making further attempts at beating their own records futile. A score system for performing special combo maneuvers in free flight or trophy challenges simply don't exist.

So in a way, this game has it both: a steeply rising motivational curve (when you initially admire the graphics and you are in the process of learning things), but also an equally falling one. Intensive fun for a short time, but no longevity. 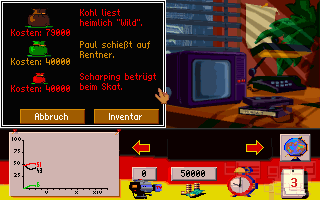