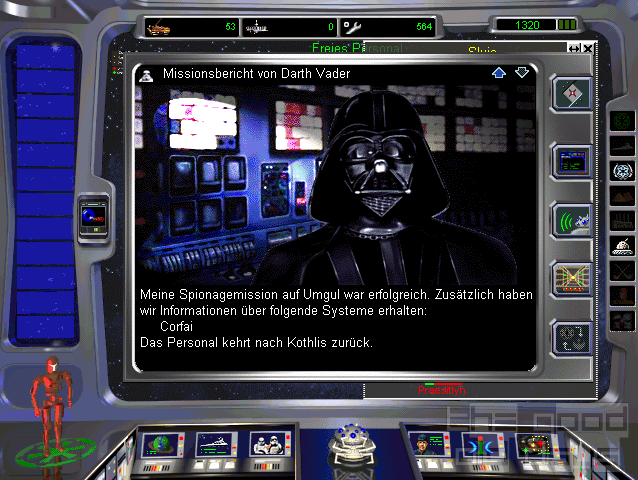 Star Wars Rebellion is a strategy game which takes place after episode 4. You can play either on the side of the empire or the rebellion. Whereas the rebels have a "fairly easy goal ;-)", namely capturing the emperor and Darth Vader, and conquering Coruscant, the empire needs to capture president Mon Mothma and destroy the rebel headquarters (which unfortunately travels through the galaxy).