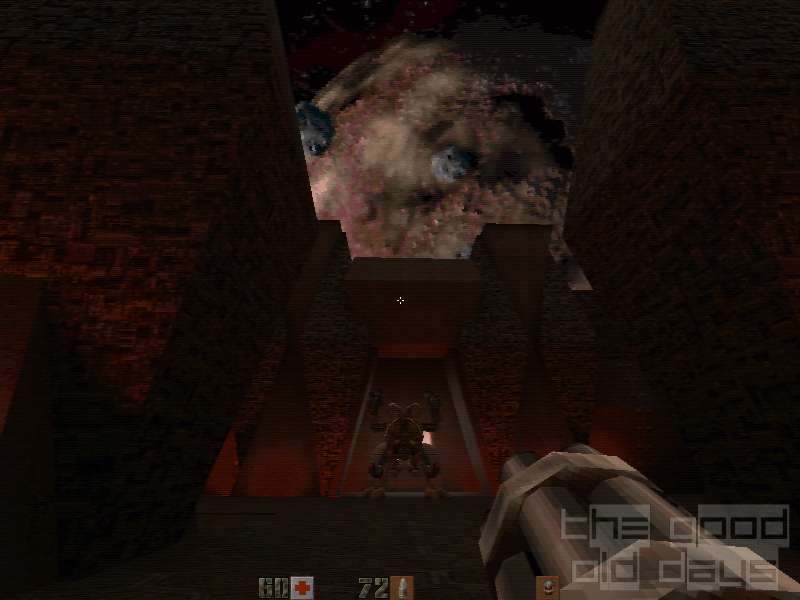 With a name that promises great things, Quake II can be likened to a ride on your favourite rollercoaster: a high intensity, adrenaline packed assault on the senses. Ultimately though, it leaves the player feeling a little empty.

The story could well have been lifted from a Jerry Bruckheimer movie. As a marine named Bitterman, you crash-land on the Strogg homeworld looking to avenge your buddies and take down the biggest Strogg mutha you can find. With Sonic Mayhem's guitar-led soundtrack driving you on, you're soon brutalizing the Strogg with ease, leave piles of gibs in your wake.

Initially, the combat mechanics feel great. Using a mouse and keyboard the controls are razor-sharp and the early weapons satisfyingly powerful. The sense of sheer hate that permeates id's earlier shooters is here, too. With the exception of a few of your former comrades, driven to insanity by Strogg experimentation, the only method of character interaction is down the barrel of a gun.

Being an id game, the engine is the real star of the show. Software rendering performs awesomely even on low-spec machines, while the hardware OpenGL renderer introduces attractive coloured lighting. Perhaps the best tradeoff is to play with hardware rendering but disable texture filtering, as the texture resolution is so low that everything becomes a blur otherwise.

Unfortunately, an experience that's initially exhilarating becomes grinding by the halfway point. There's a real lack of variety in the environments, soundtrack and gameplay. A few larger outdoor areas hint at what could have been, but the vast majority of the game takes place in claustrophobic base-type levels and the player soon feels like a rat in a maze, looking for the next key or button that's needed to advance. It's left to the next wave of first-person shooters, in particular Unreal, to provide greater variation in this area.

In short bursts though, Quake II rocks. Turn the volume up loud and give the Strogg what's coming to them. 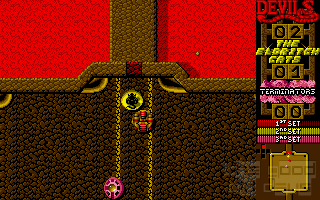