Strike Base
for PC (DOS) 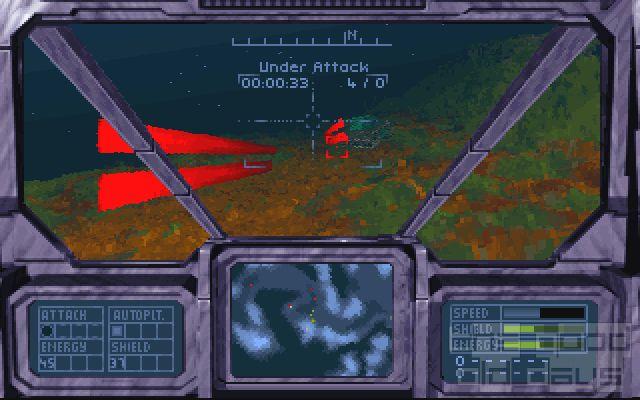 Strike Base is a 3D shooting simulator in which you alternatingly control different vehicles (futuristic fighter plane / futuristic bomber / futuristic panzer). For this, you have a base to which you can return to at any time by parking / stopping your vehicle in the docking bay.

In this base, you can have up to four different vehicles ready and equip them differently. Which vehicles can be used is defined in the mission parameters, but equipment can be taken along from mission to mission. The different pieces of equipment (weapons / shields / fuel) can be acquired / found during the mission.

Each mission is self-contained and takes place on another planetary surface. At the beginning of each mission, you receive a briefing in text form which explains you all about the current targets. The goals are usually the typical “destroy XY”. The game's global goal is to fulfill these smaller goals and finish the final mission. Gradually stronger opponents will be facing you along the way. These could be either planes, ground vehicles, stationary buildings or even defensive fortifications.

Broadly, the plot is about humanity having completely explored its own solar system and being on its way to expand even further. That is when it meets an alien race which quickly starts conquering the human outposts and eliminate the remaining humans. You with your Strike Base are now humanity's last hope. The final goal is to exterminate the aliens completely.

The game is controlled with mouse and keyboard. Learning the game mechanics is fairly easy & goes quickly. That is because many missions are structured in the same way, they are only about destroying units and buildings. Later on, you get access to the bomber which is controlled a little differently and also behaves a little sluggish, but after a few minutes, this shouldn't be an issue anymore, either. The same goes for when the panzer appears even later.

The 3D graphics are very good for the time, the music is appropriate, but it keeps repeating. The controls are passable, but overall, I find the game to be very successful. 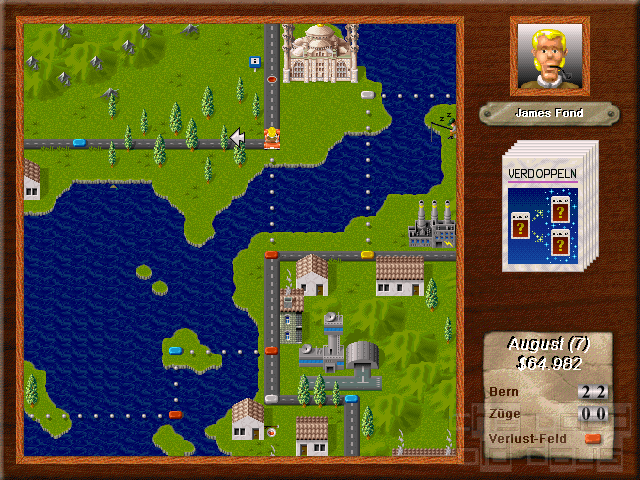