Voyeur …don't get caught
for CD-i 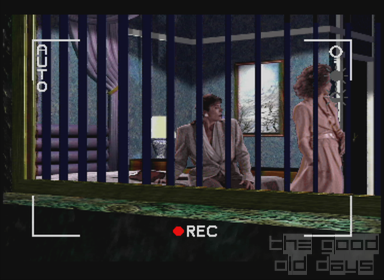 In the early 1990s, owning one of these CD-based systems was like the holy grail of gaming. At least from an outside perspective, without having played the games available on them. The CD-i in particular, being much more graphically advanced than its contemporaries (Commodore CDTV or Sega Mega CD) looked like a dream! A dream which never came true for me – I never touched this system until this day, for the sake of this review (and even then, only via emulation). A couple of years later, one of my first real jobs was actually at Philips Semiconductors, but although I would have loved to enquire about it, by then, the CD-i's life had already run its course and, having been written off as one of the company's biggest failures in its history, and I assumed it was better not to mention it.

In any case, better late than never, and what better way to start getting into a system but with its supposed flagship title – the game which was meant to become its killer application, i.e. the one game which was so groundbreaking that people would buy the system just to play this. In Philips' plan, this role fell to Voyeur; an interesting choice considering that usually, gaming systems are marketed with 'family friendly' image campaigns. Their goal was probably notoriety, and lacking the chance to discuss with one of the marketing people involved, I'll go with that theory. 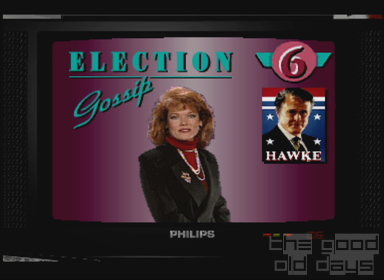 Voyeur places itself firmly in the area of 1980s prime time soaps like Dynasty or Dallas. Stinking rich industrialist sleazeball Reed Hawke assembles his family in his luxurious manor to prepare for his bid at running for president. Of course, not all is well within this family microcosm and murderous drama unfolds. The player, his motives unexplained, has set up his camera across the street. This camera is used to spy through the windows, recording everything it witnesses visually or sometimes just aurally (when somebody drew the blinds). Oh, and occasionally, it can also pick up people's thoughts and it can even be used to flip through books, remotely control computers and whatever else seems useful at the time. The goal, at least, is explicitly spelt out: catch Hawke doing something nasty which will stop him from becoming president.

As usual in this emerging genre (this being one of the genre's seminal games), player interaction is limited to picking which of the concurrently running scenes to watch next. In one room, Hawke may be talking to his secretary while behind another window, his sister may be trying on new hats. Which scene will be more useful to your cause, you will need to figure out in repeated playthroughs.

In the phase of figuring this out, the game's main draw becomes apparent. It is truly impressive how many gratuitous bra and panty shots of young women one can squeeze in such a short plot! Whether it's the typical massage, trying on clothes together, meditation or a seduction scene: nobody ever gets really naked – sex is performed with at least some clothes on or behind drawn blinds so that you can only hear a cucumber being used in an unconventional way which may make male players (are there others?) a bit uncomfortable – but partial nudity certainly will be one of the main lasting impressions staying with you. Cheap sexual thrills are provided by direct allusions to incest, lesbianism, rape etc. 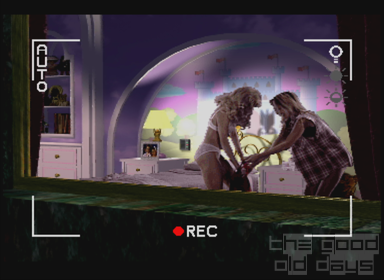 Though since it's really not racier than your average soap in this respect, you will need to get back to the goal at hand at some point, i.e. catching Hawke when he gets his hands dirty. Turns out this is not so hard. At some point in time, he will commit a murder – and if you catch that on tape, he's done. Who the murder victim will be, where and when it takes place is slightly randomised to provide some replay value. It is clear from the start that four family members have strong gripes with the guy and may have their own agenda against him. This does not change much of the videos, but it's better than nothing.

Compared to the seminal Night Trap, there is one big step forward: Voyeur ties player success to the entertainment – i.e. to win, you have to watch the interesting clips (whereas Night Trap forced you choose between either following the plot or winning). Also, the technical quality is obviously clearly superior: the videos are of decent resolution (on par with what was common on TV at the time) and colourful. Only downside there is that no real props have been used, but the characters are superimposed on cheap computer-generated backgrounds. Sound quality is good, too, and the music is actually supporting the mood very well.

It loses its overall advantage again due to the aforementioned issue of difficulty. Winning the game is quite trivial once you realise all you have to do is follow the main sleazebag around with your camera. The only additional challenge lies in getting the optimal ending, which is achieved by actually preventing the murder from happening. This is done by observing clear evidence of this being planned and providing it to the intended victim in time. In theory, there is a tradeoff of risk vs. gain on the player's side here, because if this tape falls into the wrong hands, the bad guy will send his armed secretary over to take care of you. In practice, the risk is pretty much non-existent, since it's completely transparent which the 'right' or 'wrong' hands are.

This is a bit of a pity, because Voyeur isn't half bad on many counts (as described). Of course, the plot with its overreliance on cheap thrills & tickles and the hammy acting cannot be taken seriously – but that is actually exactly what I would expect from such a game (i.e. it is what makes it entertaining in an ironic way)! Avoidance of the dissociation of plot & gameplay is a rather large advantage and the technology makes watching it attractive. If only decyphering the puzzle would be at least a little more complex… 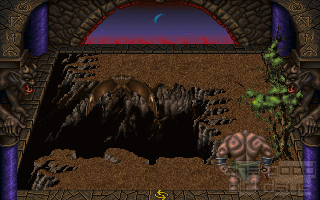