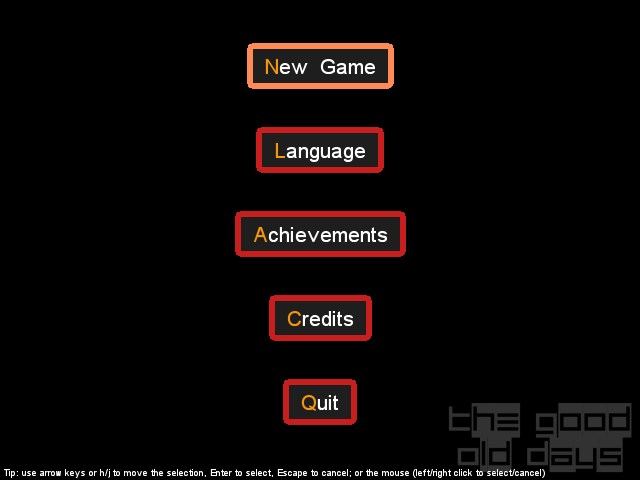 In the area of Roguelikes, it is quite common that games remain in perpetual development, even after a “1.0” release. Keep in mind that the following review of Dungeon Mercenary (version 17-06-22) may not reflect the latest version available.

One thing with Roguelikes is that although there are tons of quite varied games available, public perception is very much centered around few, major ones. Which, in a way, makes a lot of sense. Dungeon Mercenary is only little more than two years old at the time of writing, so it flies under the radar of most. Which won't stop an investigative lot like us, of course, so let's have a look!

The player's task is to dive into a 13-level dungeon and return with untold treasures. The way, of course, is crawling with dangers – particularly monsters thirsting for adventurer meat. They will taste the player's steel. Hopefully.

Genre idol Brogue taught us that restriction can actually improve things. DM practices a similar strategy. There aren't tons of different weapons, just a couple of basic types. Each has a special power, however. A dagger has a certain chance to slit an enemy's throat instantly. With a sword, a player can lunge at the enemy from one space distance. And so on. On top of that, equipment (like weapons) can be enchanted using “Runics”. These can either act as general powerups (increasing basic stats) or provide special abilities.

One common issue with such a concept is that players will procrastinate; they will save their powerups for later use on more powerful weapons and then may end up never using them, as they'll rather die. The non-existence of fundamentally more powerful weapon types softens this issue, as does the inclusion of forges which allow to regain Runics from objects. Although forges do in fact only appear very seldomly in the dungeon, the knowledge that one could exist at all encourages the player to actually use Runics as they appear.

As an alternative to melee, there are magic spells. These share a great deal of effects with Runic special abilities. E.g. you can have a falchion carrying a poison runic, giving the chance to poison an enemy on strike, or you can have a poison spell, doing the same from a distance. Of course, Runics can be applied to spells, too, making them more powerful.

Object development being the focus rather than amassing a large stack of objects, concentration on a specific skill is rewarded by the game. Recent versions offer the choice of different starting characters which, in fact, just differ in their starting equipment. Character stats don't actually exist; they are only defined through their equipment. So even starting as a knight, you can later play as a necromancer anyway if you like. Though if you invested some of your upgrades into your sword and shield first and only try switching to using spells as primary means in dungeon level 8, you will likely fail.

Both special weapon abilities and specialization make a careful, tactical play style necessary. This is good news, as nothing is less exciting in such games than just blindly bumping into anything which moves (until it doesn't anymore). What still needs some work is certainly balancing the effects. For example, given that the player character has no natural hit point regeneration, the vampirism ability is currently quite overpowered, as it doesn't just deal a significant amount of damage to the enemy, but heals the player at the same time. Also, as in many such games, ranged attacks seems to be generally superior to close combat.

There have been some basic attempts to make levels inherently interesting. Pits, magically closing rooms, treasure rooms where only one object can be taken, altars which offer bonuses, but at a similarly hefty price… good flavour elements. On the other hand, overview remains an issue with the levels. Their scrolling nature makes it hard to determine whether they have been uncovered completely yet or which corner may still be worth looking more closely into. The strong darkening effect of the area currently not in view does not make this any easier.

Talking about visuals, although the choice of colours is generally pleasing, the muted palette all too often leaves too little contrast between the elements. Reddish “chaos dogs” are, for example, almost indistinguishable on the grey background and overlooked too easily.

Last, but not least, monster AI is an issue. Enemies are much too easily deterred by escaping through a door. Even if the room behind is actually a dead end, they will simply not follow the player anymore, giving him ample time to recharge spells, for example. This takes much of the tension out of fights which could and should really be much more dangerous.

Minor issues aside, Dungeon Mercenary raises one major question. Those familiar with the genre will already have noticed that almost all of the gameplay features listed (and appreciated) also appear in big brother Brogue, a game well established since many years, optimized and balanced. All while reading this review, the question may have been lurking in your head: why play DM when there is Brogue, where choice rooms are more interesting, visuals are smoother, there are more (and more varied) levels, allies, thieving monkeys…

The answer may be right there in that final list. Indeed, DM cannot compete with Brogue (yet?)… for the dedicated, experienced player. It plays like an even more stripped down version – with the removal of the object identification mini-game and a playthrough time of not longer than 30 minutes (even on successful runs) – and tight focus on special abilities (or attacks) and their improvement through Runics. If this is the sort of game you're looking for, more power to you. Don't be surprised if you'd like to graduate towards Brogue afterwards. Though if it manages to wet your appetite for something more elaborate, it can't be all that bad itself, can it? So even if you move on, check back with DM from time to time to see how it does. 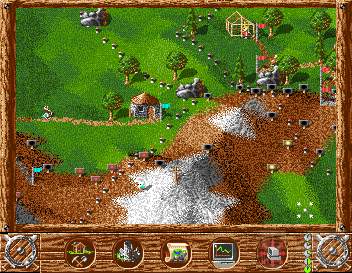