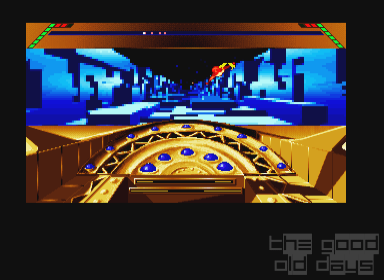 History will need to be rewritten soon! In the early 16th century, the Spanish conquest / genocide of the Inca empire began. 500 years later (so… about now), it will finally come to a conclusion – in space! El Dorado, the mythical leader of the, well, not the Inca, but the Muisca (but who am I to quibble about historical accuracy in a game with Incas in space…), finally arrives and with the advice of Huayna Cápac's ghost, he confronts Spanish baddie Aguirre in a decisive battle. 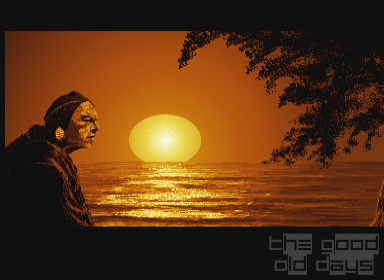 Though it's not quite as simple. First, he has to locate and retrieve three magical gems granting control over time, energy and matter. One is subject to the trial of a priestess. One is guarded by the hostile Mayas. One can only be found by performing a ritual. And of course, Aguirre isn't sitting idly, watching, but rather tries to stop you.

Inca's main selling point is indeed its deliciously weird plot which is more than adequately presented to the player. Flute melodies welcome you, overlayed with a voice from the off, talking ominously in a fake (I assume) indigenous dialect (subtitled) before this all gives way to a catchy tune in 1980s synthie pop style. The stylish “set design” between the poles of historical design/art and futuristic devices works surprisingly well. Animation may be a little choppy at times and visual acting is basically non-existent (since there are only three characters actually filmed and those have few scenes), but voice acting remains excellent throughout.

Gameplay, on the other hand, is only so-so. One big drawback is that it is basically divided into scenes which play completely independently of one another and are played out in a completely linear fashion. There is no planning involved; you go whereever the plot takes you. So El Dorado doesn't really feel like the protagonist in his own story. 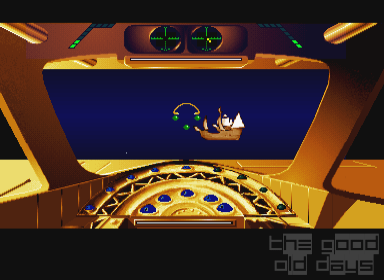 Scenes range from rather boring mazes, which are basically shooting galleries (prop Spaniards pop into the picture from time to time, just waiting to be shot), and trench flights blatantly stolen from Star Wars shown in surprisingly coarse graphics to basic puzzles which mostly take place on one constricted screen and dogfights in space. Of the latter two, the former are manageable and reasonably entertaining, but their scope is usually so limited that they don't last long.

The space fights can easily be described as the highlight of the package. This is no Wing Commander, and the differently coloured fighters attacking you can get kind of samey, but as soon as the space galleons (their sails blowing in the space-winds!) come into play, the weirdness factor strikes again, increasing fun tenfold.

So you see, the game isn't much to write home about. It's a typically French “multimedia” dazzler. Though within the constraints of this genre, it's not completely horrible. Interactivity is much better than in many similar games; it's short, but also compact, mostly avoiding overlong time-fillers. All game sections are easy enough to pick up and master. So if you want to see what those early CD times were all about, you could do much worse than going with this one.

Moebius:
Feel free to share anything about Inca (1993) here!
[Reply] 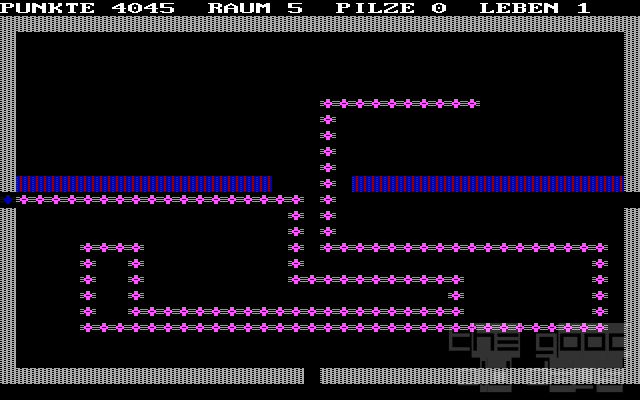