Rings of Medusa
for Amiga (OCS/ECS) 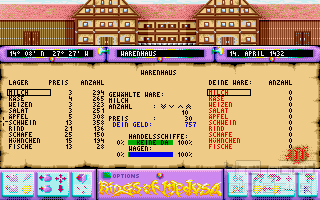 The evil Medusa invaded a once peaceful (cliché fantasy) land, conquered much of it and now the remains of the formerly proud kingdom have fallen apart. As the (formally) reigning prince, the player has to push back and defeat her. However, victory on the battlefield will not be sufficient. Being a goddess, Medusa can only be harmed by the bearer of five magical rings, which are scattered all over the land – some in cities, some on nearby islands and some buried in the wilderness.

His title of prince does not help the player much: he still starts out with virtually nothing. No army, all cities are either under the Medusa's control or declared their neutrality. Just a small amount of money which you first need to increase significantly in order to hire cutthroats to serve as your soldiers, build ships etc. and ultimately defeat Medusa. 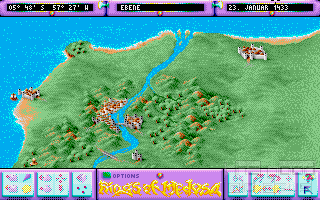 Rings of Medusa is one of those deeply European games which do not fall easily into a set genre. Instead, various elements of different ones appear all over the place. The game gradually shifts its focus depending on the progress. Where the first phase is mostly about earning money – mostly through trade, but gambling in inns can also be used as a last resort – it later becomes much more about hunting for hidden treasure, conquering cities and building up / strengthening your army. Basically, it's an economical game (whose first sub-priority is finding good prices and which then becomes more and more about logistics) slowly turning into a war game, all with a role-playing feeling.

The main hurdle is probably the high initial difficulty. With no (or only few) soldiers to protect your goods, you are easy prey for other caravans randomly attacking. Losing such a battle, it will not be game over, but all goods and money will be gone (and the soldiers, should you have had any, dead). Before they can actually build up a significant army for the first time, this will happen many times to new players and it can be quite discouraging.

Once you are there, however, ROM plays out its strengths, because the war game part is much more advanced than the trading. Whereas the latter only has static prices and linear production per city as well as randomly distributed mines which can be established by the player, the former boasts numerous different races (with different abilities) which can be appointed to numerous different parts of your army, which have different effectiveness depending on the nature of the battlefield, and all of which can be trained and equipped to various degrees. Although the real-time battles themselves are rather basic (you can only tell each unit to either attack or not), a lot of complexity relevant for their outcome lies in their preparation. 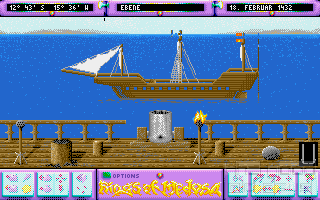 As much fun as this is, actually finishing the game does admittedly turn into quite a chore. After having tried out all the elements of the game (conquering cities, establishing forts, building ships to go on an expedition, exploiting mines etc.) the end game consists mostly of a lot of routine work (collecting taxes, retrieving raw materials, scouting for new soldiers, appointing them to the appropriate units, equipping them, training them, setting up city defenses etc.), which consists of all too many individual steps. For example, it's unclear why it isn't possible to just hire all available soldiers at once and also have a button to provide them all with weapons – no, this is all more than 10 small steps, i.e. a lot of clicks, even if it all only comes down to one end.

Of course, this would have been hard to solve overall, and nevertheless, Rings of Medusa is an excellent classic which I can only recommend to the open-minded. At the time, innovative games like this one, which just put you in a world, gave you a goal and tried to give you as many options as possible to get there were already dying out (in favour of bland imitations of the same few formulae over and over again). So enjoy it as one of the last of its generation! 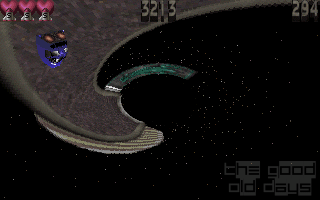