Return of Double Dragon
for SNES 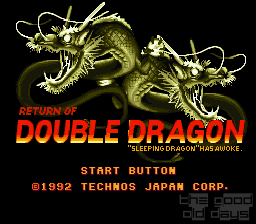 That's a game which doesn't require much talking about. The programmers intentionally left out an intro or a story as the subtitle says it all: 'The Sleeping Dragon has awoke.' Ah yes. In other words: 'The 1st part was quite successful so let's make more money.'

Without an objective but lots of power you suddenly find yourself on the street and without further ado you are attacked by hordes of fighters. So you do what you can do best and kick their butts. All in pure self defence because how should you have known that there is even more of this scum waiting for you!

That's basically what this game is about. You can attack with punches, (jump)kicks, throws and some slashing and throwing weapons which can be collected from the ground. You can try them out at around 1000 opponents which often remind very much of 'Streetfighter' characters (Blanka...). Don't expect too much of a change: Supposed bosses which you can identify by a slight improvement in size are degraded to ordinary enemies just one or so levels later.

At least the level design tries to keep the player's motivation alive. After some street fighting the next brawl could take place in a rising elevator or a driving truck. How exciting!

Another mentionable (?) aspect is the relatively free movement of the player. You can go left or right and even down which sometimes can lead to misunderstandings concerning perspective.

Of course you can choose difficulty levels and furthermore up to 9 credits. A veteran player can therefore solve this not overly complex game easily on his first try (no kidding!). A major factor are the opponents. Mostly they're waiting in a row and can be killed one after the other. This means virtual invincibility with a second human player.

Summary: No time needed for getting used to gameplay, annoying background music and highly ridiculous - just good for playing it through to the end once.
P.S.: Look forward to the end sequence (hehe)! 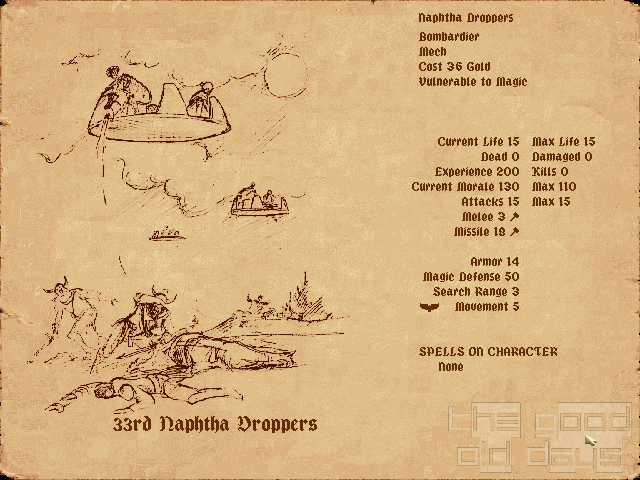