Lords of the Rising Sun
for CD-i
Also available for: Amiga (OCS/ECS) 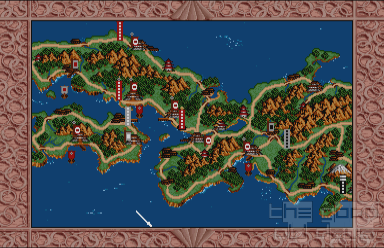 You'd think that a company like Cinemaware should really have loved a CD-based games system. After all, it was their proclaimed business case to produce games in the style of classic Hollywood movies and CDs offered so much more space to live this out.

Lords of the Rising Sun had been a pretty good release on the Amiga some years earlier. Simulating a war between Japanese feudal clans, the global strategic level where the player moves his armies around a beautiful map in real time linked the typical mixture of arcade style scenes (shooting invaders from a tower window, deflecting a ninja's throwing stars, chasing an enemy general etc.) together well.

What's new in this version is, first of all, the replacement of some figures with filmed actors in silly costumes. This works well enough in cut scenes (like the princess), but it is sort of silly on screens like the city menu, for example: overlaying the actors on the pixelled backgrounds is a strange style clash. Of course, all dialogue has also been spoken and sounds good.

Second, there is some extensive help mode where at any time, you can have buttons and functions explained by a tutorial voice. Nice, even almost replaces the printed manual.

As for controls, some efforts have been made to adapt to alternative control schemes, but nevertheless, the game is of course still best played with the mouse as main input. While a console-like controller works well in some sequences, such as storming fortresses, fast and exact mouse movements are much preferable not only on the strategic map, but also in sequences such as the arrow shooting.

Overall, Lords of the Rising Sun is pretty good in this version. By CD-i standards, it is actually excellent – one of the best games on the system overall! Nevertheless, compared to the original, this version is not really an improvement. It fails to go “multimedia” all the way, which could have been an interesting experiment. Instead it remains stuck somewhere halfway. 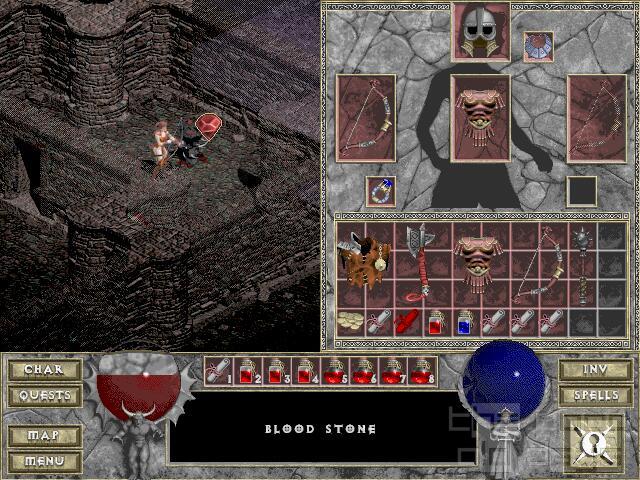