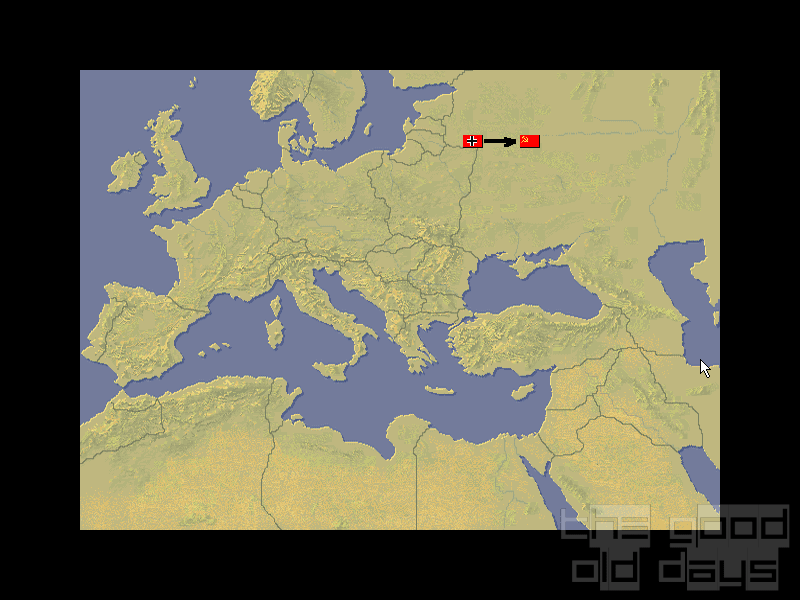 Allied General – SSI's cash-in sequel to the Panzer General success. The original's roles are simply reversed: instead of the Axis powers, you play the Allied side. Oh, and it's on Windows, i.e. more difficult to get to run these days. Great, thanks!

Since the game engine and features are identical, I'm going to skip that part of the description. It is clear that the fundamental qualities of gameplay concepts like supply, weather, entrenchment, core unit upgrades etc. still apply. The easy controls have also been retained. 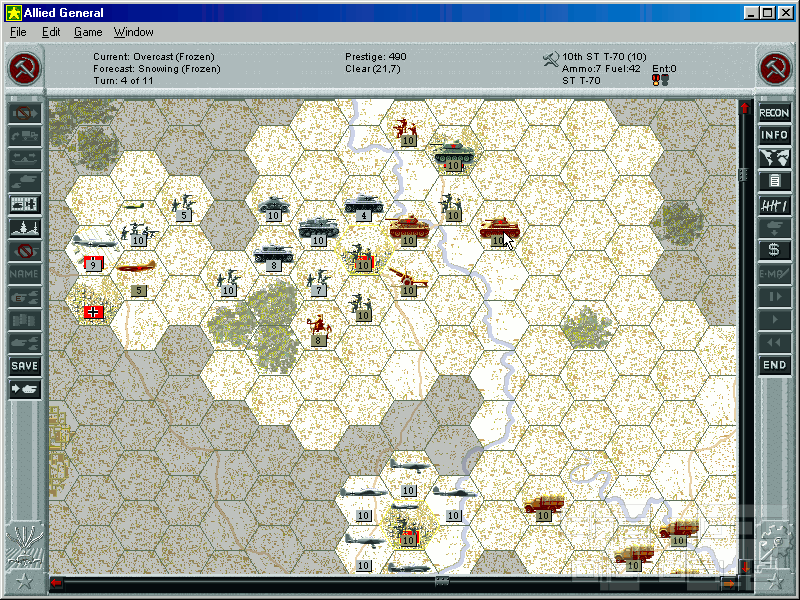 What's new is the three campaigns the game offers. If the roles are reversed, they should put the human player in the defensive role at first. That, indeed, warrants a new game, because the tactical challenge is fundamentally different suddenly. So let's dive in and see how the game rules fare in this position.

Bad news: big disappointment. In Western Europe, the game doesn't actually start at the beginning of the war, but rather with the Allied invasion of the Normandy. A lot of focus is a put on the North African campaigns, where also mostly battles with the Allies having the initiative are covered. Finally, the Russian campaign, after a battle of Finland, indeed covers a defensive phase at first. Though playing the actual scenarios, it is unfortunately still mainly “fake offense”: for some reason, the player's main forces always seem to start off in one corner of the map and they have to rush to the weakly fortified position she's supposed to defend.

Of course, it wouldn't have been trivial to make a campaign putting the player in the shoes of a French commander in 1939, for example. What if that player had managed to defend Paris? Campaign won, I guess. After what, four battles? So make all those initial battles really hard? Hardly rewarding for the player. So sure, that could have been an issue. 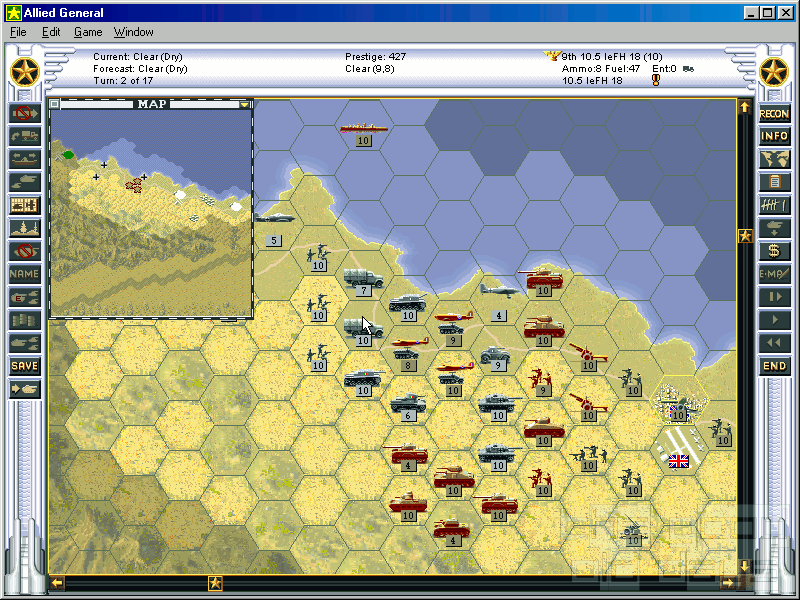 Though not an unsolvable issue. First of all, things could have been easily handled as in the original Panzer General campaign if the player hadn't managed to end the war prematurely: the major/minor victory mechanic could have been used to distinguish whether initiative actually changes to the player (major victory) and an offensive battle follows or whether the enemy is only slowed down somewhat (minor victory), making the following battle a little easier (e.g. because there was more time to set up reinforcements). A second option would have been to go the History Line route: simply have the player fight small-scale battles which don't win or lose the war. At least in the first phase.

So this is a big missed opportunity which could have given this game its very own reason to exist. In addition, many of the battlefields are rather boring: Russia consists of big, open space and North Africa is mostly empty desert. Even without the relative view compared to the expectations, Allied General can't quite live up to the original.

Talking about original, the original development team had nothing to do with this sequel. They made Fantasy General instead. A game which really tried something different, even above the setting. Not always successfully, but at least that one is a game worth mentioning on its own right. 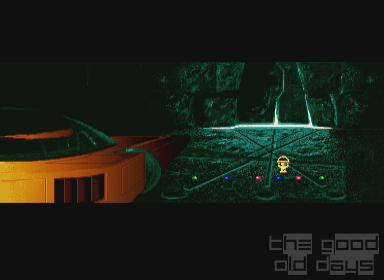