The Masterplan
for PC (Linux) 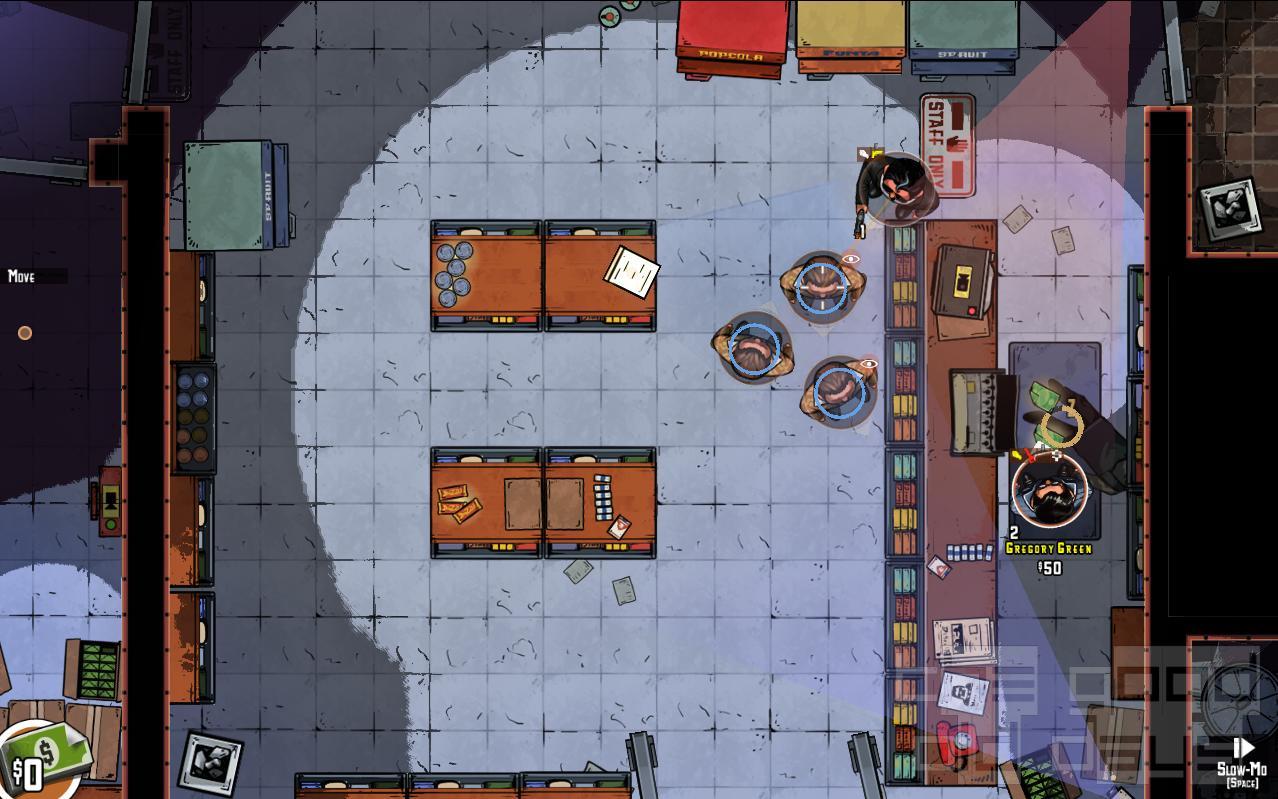 The early 1970s, the setting of the great heist films â€“ a theme transformed into games only rarely so far. The Masterplan picks up the crumbs left behind by the few classics in this tiny, tiny genre and mixes it with some thematic cues from more recent industry developments.

Taking control of a pair of brothers freshly broken out of prison, the goal is to make money through the planning and execution of robberies. First, you will have small targets, like a grocery store around the corner or a bar. Later, it will be a jewellery store. Until finally, you (think you) have the skills and the means to go for the big one: Fort Knox. Or actually, because there are only 20 heists available, you may not have another choice anymore quite soon.

How does this work? Unlike certain genre entries (well, the two which exist), robberies take place completely in real time, with no (major) planning ahead. You control all the characters at the same time, i.e. the two protagonists plus any hired help and, under certain circumstances, even NPCs. To make this possible, time can be frozen at will, commands can be issued and then it will all unfold.

In principle, it is even possible to queue commands for characters, though the use is limited. That is because the only commands based on the current world state can even be issued. I.e. even a simple series of actions like unlocking a door, opening it and walking through is not actually possible to plan in advance.

This limitation makes things quite hectic at times. From the moment you pull a weapon to hold innocent bystanders at gunpoint so that they won't call the cops, things have to go fast. Whether this is preferable or inferior to the careful planning on the drawing board which The Clue is based on or whether a mixture of the two, as found in They Stole a Million, could be the solution, is really a matter of taste. Personally, I harbour a slight preference towards the more strategic approach, though this one also has its clear merits.

What makes the more action-packed variant of The Masterplan slightly problematic is some issues with its controls. As already hinted at, disabling people plays a big role in the execution of the heists. The gun mechanics, particularly, are quite elaborate and well thought-out. Though they also serve as perfect illustration of what doesn't work.

You see, the engine dictates that only people in the viewable area of the gun-wielding crook will be immobilized in fear. Although the interface allows to point a weapon at specific characters and then giving the player direct control over them, it sometimes just happens that you accidentally turn your character andâ€¦ well, heist failed, start over. Which can be quite a pain in the later, complex levels, as you can't save and replay your planning so far. What makes this even more frustrating is that even though you cannot turn your back to others for more than a second, you can hold them at gunpoint through walls at times.

If it weren't for such things, The Masterplan would be truly excellent. There are sufficient complexity elements, like weapons, guards, keys, tools and surveillance cameras (as well as their control circuits) making each heist an interesting puzzle of increasing complexity.

The game is very slick in the way it teaches its players the necessary conventions and mechanics organically. All potentially annoying routine tasks â€“ like hiring, purchasing equipment or selling loot â€“ have either been really simplified or left out completely, focussing only on the core robberies. The audiovisual presentation with its clear, cartoony looks and reduced, but sharp sound effects makes one want to like the game as well. And you will â€“ it is a good one, very entertaining! A very entertaining game which could have been much better still. Having sniped it at a 90% discount, I don't regret this purchase for a single minute.

Mr Creosote:
Feel free to share anything about The Masterplan (2015) here!
[Reply] 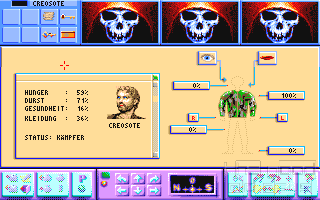