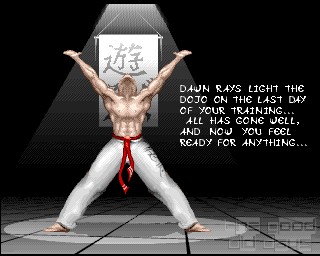 The Triads have murdered your whole family, so already as a young boy, you had to go into hiding. Training your fighting skills for decades, you only live for revenge. Until finally (as a white-haired man), you emerge to beat them all up. Not sure the Triad people will really see the link between some everyday murder they committed 50 years ago and that guy challenging them now, but anyway…

Team 17's debut game is a one-on-one fighting game in the then popular martial arts style. There are some good things in Full Contact. Between fights, you have the chance to “upgrade” character stats in some areas (e.g. punching or kicking strength, stamina, speed etc.). Good idea, if it made a noticeable difference and if the game went on long enough to really specialize in one of the areas. The opponents, on the other hand, are actually quite varied – just that there are too few of them.

The sprites are fairly large for the time, but unfortunately, the extremely sparse animations – clearly using too few frames to give the impression of actual movement – dominate the overall visual impression. A huge letdown after the super smooth opening animation. Last, but not least, concerning the graphics, there is a strange discrepancy between the player sprite during the fights (where the guy looks really old and flabby) and the representation between the fights (where his upper body muscles are very defined).

This choppy visual style and the so-so controls finally kill the fun after the initial enthusiasm based on the good conceptual ideas. Clearly, the game came a couple of years too late. It seems inspired by Chambers of Shaolin, released two years earlier, but without matching that game's qualities. In 1991, it had to go against the big genre revolution which was Street Fighter II. And boy, does Full Contact look – and, more importantly, play – old in comparison! 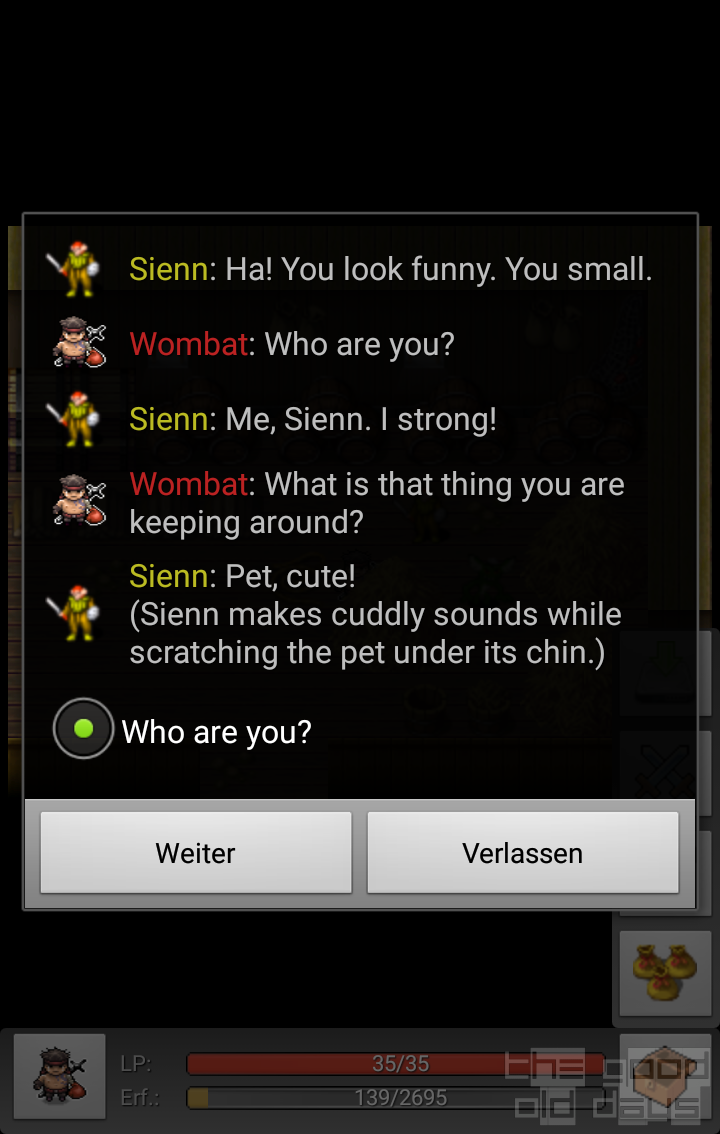