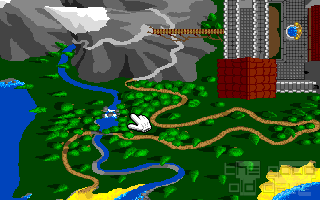 A fighting game based on the looks of classic cartoons? I applaud this idea unreservedly – the promise of this kind of violence translated into interactive format just makes sense. Imagine Jerry taking out a heavy pan to smack Tom on the head, and then the latter retaliating in a similar way. So I launched this game with high expectations.

Appropriately, the selectable fighter sprites all have a funny, distinct look. Graphical quality of the scenery varies, however. Many look passable, but some are almost painfully amateurish. Sprite animations, which are far from fluid, don't fulfill the conceptual promise, but at least everything moves fast.

Gameplay-wise, the fighters are all quite samey. The limited set of basic moves is shared by all of them. The typical stats like speed vs. power apply in principle, but don't make much of a difference, either. Special moves are few and mostly useless; the only good thing about them is how the game teaches them to its player between fights. This introduces a shade of the highly-addictive character upgrade mechanic usually found in other genres.

Compared to the original, this version has even lost a couple of fighters. It is doubtful whether they would have made much of a difference, however. Paws of Fury is just dull once you start playing. It is one of those games which sound much better in concept than what their execution delivers.

The actual game is somewhat playable, but so extremely generic! It excels at no single aspect; it has no side to it where it offers something to set it apart from what the average competition already had many years earlier. Even by older standards, execution is mundane and pedestrian. While there is no reason to hate the game, there is no reason to like it, either. It wouldn't even be all that disappointing if it hadn't raised expectations at first. It's sad, but better skip it.

Moebius:
Feel free to share anything about Brutal: Paws of Fury (1995) here!
[Reply] 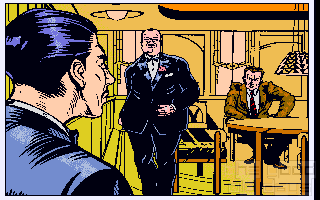