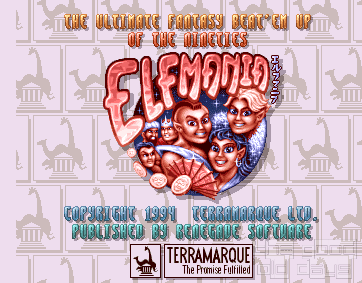 All those people sneering at the thought of playing fighting games with a single-button joystick probably have never tried one which has been originally designed for it. Admittedly, many genre entries don't play all that well that way. Though those are usually ports of successful arcade cabinets or from game consoles equipped with multi-button gamepads. “Reducing” an existing control scheme well is a sometimes impossible task. Elfmania has been designed from scratch for a simpler control scheme, on the other hand. 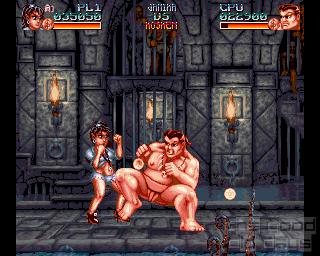 The good news: it works! The controls are very smooth and the admittedly limited set of possible moves is quickly forgotten between the frantic gameplay and the large sprites fluidly moving in front of excellently drawn, animated backgrounds. The artificial intelligence adapts very well to the player's behaviour, becoming very challenging quickly. Which is actually the other specialty of the game: it clearly seems designed for single player mode. Two-player-mode only lasts one whole fight; afterwards the victor can carry on in single-player mode again. Tournaments or anything else along those lines which would make playing in company more attractive, don't exist.

That single-player-mode, however, is quite clever, indeed. On a small map, actually a tic-tac-toe board in disguise, the player can select the next square to enter. Winning the fight there, a cross is placed on the map. Completing a horizontal, vertical or diagonal row of six wins the game. Which is much harder than it probably sounds. Though that's not even the real specialty. Instead of choosing one character to compete as, the player can “rent” one fo the available fighters per encounter. Depending on strength, the fighters demand more or less gold. As long as there is gold left, the game goes on; so losing a fight does not necessarily mean immediate game over. Trying again on another square, maybe with another fighter may still be an option. 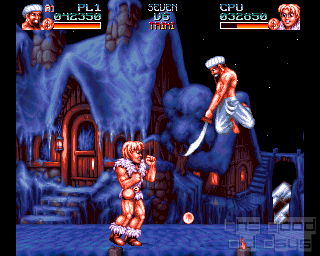 This is a really cool idea, as it goes against the usual strategy of training and optimising with only one “favourite” fighter. It even allows to select one's own champion depending on the next opponent. And it brings the extra element of collecting gold during the fights into the game. Landing a hit, your opponent loses some coins. Should you risk going for those coins or strike again for immediate victory, i.e. concentrate on the opponent?

So far, so good, but also so theoretical. In practice, the downside of this all is that the fighters are not distinct enough. At least not concerning their skills. They differ greatly in stamina and power, but not in speed, agility or moves. This makes it very hard to beat a tough character with a basic one. The one special move available per fighter even turns out to be completely useless as it takes too long to activate so that every opponent will be long gone from where it will strike.

Graphically, the game is technically excellent as already mentioned. Its style, however, takes quite some getting used to – especially the “elven” character designs are fairly ugly. Sound is even worse: the horribly squeaky voices make it absolutely necessary to switch the speakers off.

Innovative conceptual ideas and high playability make Elfmania a strong title definitely worth trying. Nevertheless, it could still have benefitted greatly from additional balancing and polishing. 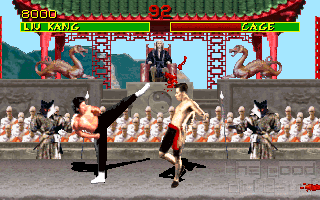