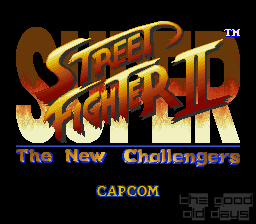 You can easily guess in which points the respective fighters are different because there aren?t too many variations possible. It's the well known mix of fat and strong characters and the small and quick fighters, represented by typical figures like the Sumo wrestler Honda and the Kung-Fu master Fei Long. Then there are the Jack-of-all-trades like the 'Army' soldier Guile. There?s not much else in between and so the true abilities depend on the applicability of the actions and the available Special Moves of a fighter - the fireballs, electroshocks and human rockets make the difference.

'Super Streetfighter II' is well playable for everyone as you can set different difficulty levels and handicaps. Only the controls are somewhat difficult at the start; so first you should stick with one fighter and learn all his moves. A positive aspect is that most standard moves require the same actions with all fighters so you don?t have to start all over again when you choose another one.