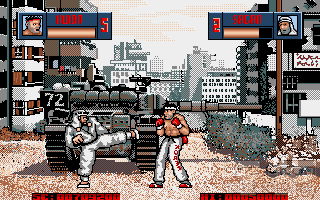 Street Fighter came out, and although it was not nearly as influential as its sequel and honestly speaking wasn't even all that great to begin with, it did have its imitations. Such as Human Killing Machine. The game with one of the most ridiculous titles ever. 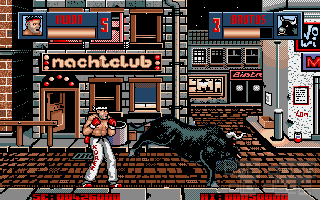 From that title, it goes straight downhill further, if that is even possible. Without being able to select either a game mode or a fighter, poorly drawn and poorly animated graphics welcome the player. The background depict some European countries, presumably Russia, the Netherlands and Germany. Finally, we go to the Middle East for the final two fights.

All opponents are horrible clichés. In the Netherlands, for example, you will literally face prostitutes! Spanish opponents, a torero and a bull (!) for some reason appear in the Netherlands as well. The differences are almost only of graphical nature, apart from the two animals which indeed play a little differently. 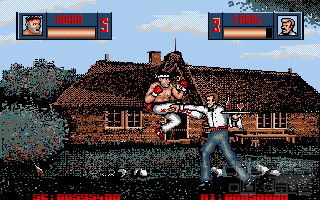 One thing all opponents have in common is that they act very stupid. There is no artificial intelligence to speak of. To nevertheless keep them competitive, the opponents are quite overpowered: they will knock you out with only two hits where it will take you many more the other way around.

Although each fighter only has one or two kicks and one punch, these few animations are atrocious. Controls react only sporadically and collision detection is a total mess. Music consists of exactly one track which plays through the whole game. Sound effects don't exist at all.

So unfortunately, there is absolutely no saving grace to the game. It is a total disaster and a very obvious case where the overused saying “what were they thinking?” is really applicable for once. The final nail in the coffin is that it also isn't “so bad it's good”. Well, maybe for five minutes. Anything above that, you'll want your time back. 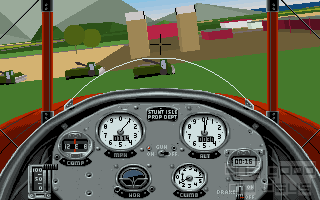