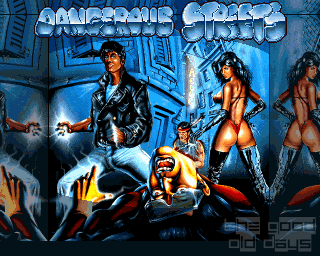 Appropriately, the move set leans towards the spectacular. "Regular" moves are almost in the minority compared to "special" ones, ranging from flaming fists to transformation of the whole character into some monster. Which could make fights a marvel to behold. Could. Why?

As it happens the game is ridiculously buggy. In "tournament" mode, which is the default in other genre games, i.e. the one where you meet one opponent after another, you have to re-select your own character for some reason after each victory. Though this doesn't even have any effect then; you'll actually continue with your original choice. On the upper part of the screen at least; the bottom, displaying the stats, show the new selection. This apparently mixes some internal variables up so that even the opponents are suddenly also the wrong ones. Which was how I missed whom I was controlling at one point.