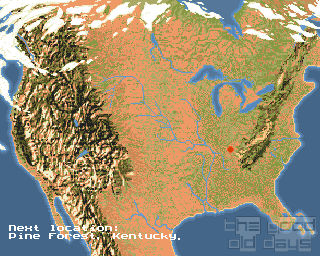 No, this is not the sequel to Golden Axe. Apparently, there is a bloke called “Neil Axe” who is/was a martial arts champion. Apparently, he is not famous enough to have a Wikipedia article, but he was considered big enough to have a game made about a marketing stunt he pulled off in the 1980s when (unconfirmed claim of the game) he and some of his students made a tour all through the USA. In practice, this means that you'll get a standard 1-on-1 fighter in front of different scenic backgrounds. While the four selectable characters of the main (and only working) game mode are sort of appropriate for the “serious” kung-fu theme, the opponents clearly fall into the wrestling circus variety, complete with silly costumes, equipment etc. 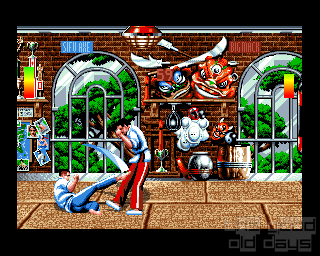 Both those backdrops and the sprites are graphically passable. Animations, although claimed to have been digitalized from Axe's real movements, look quite unconvincing. Sound consists only of two effects: a hit bump and some grunting noise. Needless to say both are horribly amateurish.

Though let's come to the real problem; that being the gameplay. The computer-controlled opponents are totally useless. Even after applying the exact same maneuver which apparently takes them so by surprise that they are unable to defend over and over again, they never learn. Playing as “Master Axe”, all you'll ever need is the rolling attack. Timing it right, you can throw your opponent down right when he's getting up again, and so put him into a perpetual cycle leading to certain defeat. Which, of course, also spoils two-player mode (usually the saving grace of any genre game). All fighters seem to have such a winning move. 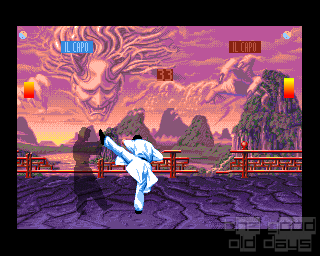 What else is there? Some hokey “shadow fight” where your avatar faces his “inner demon”, i.e. himself. Because, you see, kung-fu is really all about overcoming oneself, finding inner peace etc. A training mode, which is always nice, but not really necessary in this game. And a tournament mode which is fundamentally broken: win one fight, and you win the tournament (although there is still a tree of competitors in front of you); lose and you continue as the character who beat you.

The game's development history explains some of these shortcomings. It was originally scheduled for release around 1994/95. The faltering market led to it being shelved. Finding a new publisher after some years, it was apparently decided to not further invest into fixing or actually getting the game working. Problem is, nobody needs unfinished crud like this.

Mr Creosote:
Feel free to share anything about Master Axe: The Genesis of MysterX (1997) here!
[Reply] 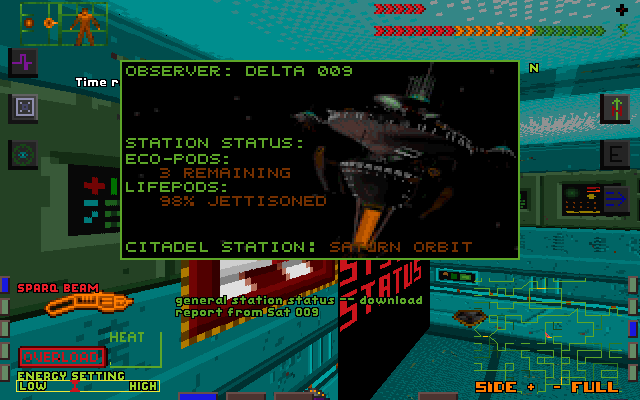