Sword of the Samurai
for PC (DOS) 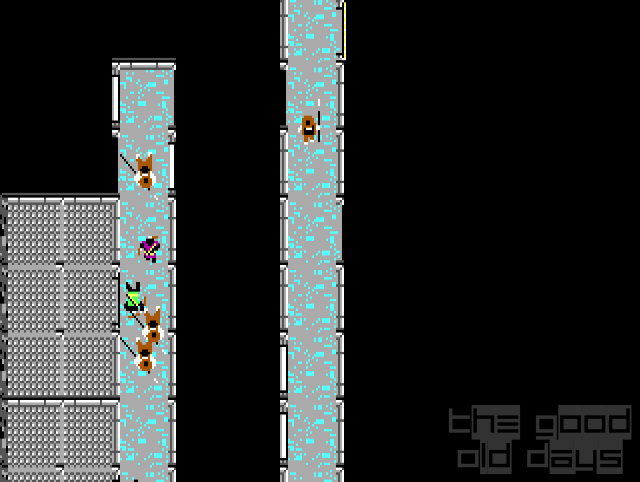 This is basically my favourite game of all times. It's easy to get fooled by the simplicity, but the simplicity is the ultimate sophistication is it not?

You control one of the contenders to become a local daimyo and later a shogun of Japan. That's the basic gist, but the amount of methods to achieve these goals are simply staggering. Well not really staggering, but there is A LOT of variation to a couple of game sequences you constantly engage in.

Aside from traversing the map on foot alone, or with your army from city to city you may participate in a melee battle in a dojo which looks a lot like a standalone sword fighting game, fight a bunch of guys in a top-down perspective similar to Ikari Warriors, have tactical battle in a strategy segment or partake in an infiltration routine and enter your enemy’s palace in a top-down action mode similar to the first one but with a focus on stealth rather than on action.

Each of these modes activates depending on what circumstances are about. For example you can infiltrate enemy's stronghold unnoticed and steal your antagonist's daughter to marry her. She will end up giving birth to a son who will continue your cause in case you get killed in battle or die of old age. Seriously, how neat is that?

You certainly should always act with accordance with the code of honour, but that doesn’t mean you can't perform dishonorable deeds. Just make sure you perform them sneakily, don't leave traces and witnesses and you are all good.

The game is full of sarcasm, wise and semi-wise quotations from eastern authors and tidbits of historical information to entertain you along the way.

Another interesting part about this game is that your path is always randomly generated and your hero’s story can be as complex as you wish. Select your house and province, decide who is going to be your friend or rival, court women, give birth to children, marry your daughters to potential allies, train your sons to take your place in future, conquer lands, make friends, participate in tea ceremonies, make veiled insults and travel the country disguised as a ronin. Whew, what a trip!

All that is only a fraction of what's possible in that game on your way to the title of shogun.