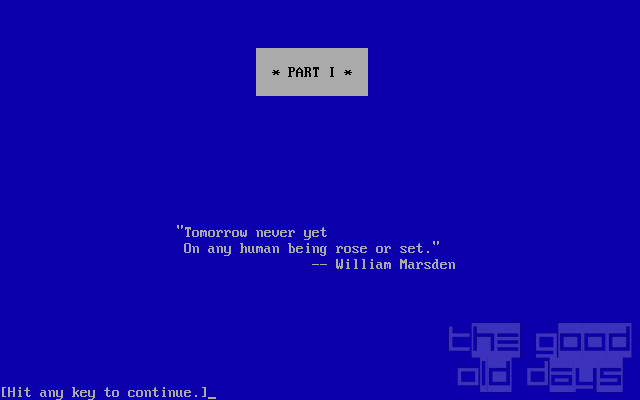 A Mind Forever Voyaging was originally released in 1985 by Infocom. Penned by Steve Meretzky, who also wrote Planetfall, Sorcerer, and The Hitchhiker's Guide to the Galaxy, AMFV is different than most other contemporary Infocom adventures. It has only one real puzzle close to the end of the game, focusing instead on exploring the richly detailed story – and what a story it is!

A Mind Forever Voyaging is a serious sci-fi adventure that Meretzky wrote as a critique of Reaganomics and other Ronald Reagan-era political policies. You play as the world's first sentient computer: PRISM. Up until the start of the game, as far as you are aware, you are just a normal human being named Perry Simm (creative, right?) going through a normal life and dealing with divorce, death, depression, and a host of other life-changing events during your formative years. All this is written out in the manual as a magazine article written by Perry. You've been “woken-up” early from your “life” and told that you are, in reality, a large computer and the first true artificial intelligence. This makes you a valuable asset to humanity – engineers are setting up parameters based on a new economic blueprint called “The Plan” and intend to send you into a simulation to see what effect it has on the world over the next 50 years.

Each time you enter a simulation, you have to record specific events and report back to the scientists. And this is where the fun begins. I found myself more interested in exploring the world laid out for me than actually completing the game. The world Meretzky builds is engaging and it's interesting to see what a 1980's look at future has turned into 30 years later.

Anyone who is a fan of Science Fiction and Political Thrillers will enjoy this game. It's got a really great story, wonderful atmosphere, and one of the most satisfying game endings I've ever encountered. It can also be played on nearly any platform — even on your smartphone – if you've got a Z-Machine interpreter. I think it's worth a look!

jrok:
Feel free to share anything about A Mind Forever Voyaging (1985) here!
[Reply] 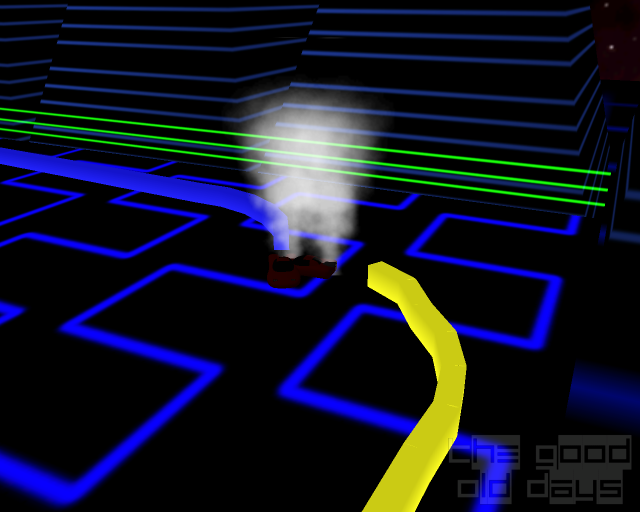