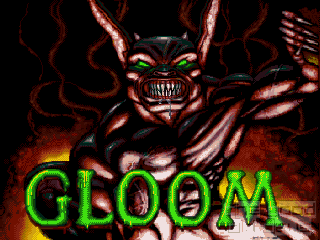 Released about half a year after the original, Gloom Deluxe is indeed the same game re-released with a few technical adaptions. I.e. you get exactly the same levels, the same enemies, the same secret doors etc.

Technically, you get more choice for screen size and resolution, where even fairly good ones still offer a reasonably smooth playing experience. In principle, unlike the original, it will even run on non-AGA machines (if equipped with sufficient processing power). Oh, and there is support for the "i-glasses". Just in case you haven't heard of this technical marvel (ahem), they belong to the late 80s/early 90s generation of 3D glasses which work with shutter technology. I.e. using them will effectively half the screen refresh rate, inducing an eye-killing flicker. As well as pain in the neck, as heavy as they were.

Other than that, the only change is that your own gun is now represented on the screen. Overall, it may not sound like much, but if you want to play Gloom this is indeed the version to pick. Though if you do, you will still admit to the world that you find limbs and guts flying around "cool" 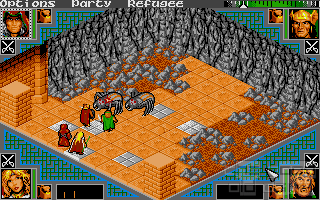