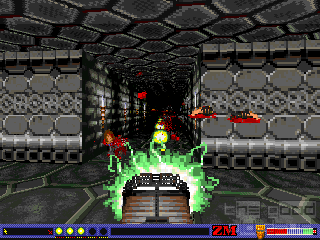 The Gloom 3 CD had already contained a menu item to launch a Director's Cut, probably intended as a teaser. When it finally did appear, the Gloom name had been dropped; rather, the game was now called just Zombie Massacre. Though it still has Gloom written all over it and even makes explicit references to Gloom 3 reviews. As a reaction to one particular remark received by one of the remaining Amiga game magazines, there is now a much more elaborate intro, literally filmed in the developers' backyard. Still, this part is better forgotten.

Talking about the actual game, after the disastrous predecessor, this one gets the all-clear again. Levels are all new, making this more than a “Director's Cut”. In fact, they are much better designed again, with winding and branching corridors, heavy use of movable walls, secret rooms, traps etc. Graphics have also been much improved, with the textures used looking quite acceptable. Enemies also received (mostly) new sprites and they are at least lightly animated.

What remains problematic is the difficulty level. Even the most basic zombies are quite tough and they will rip the player apart within seconds on contact. Clearly, Zombie Massacre is much too hard for me personally.

Which brings me to the rating dilemma. Technically, this is (finally) the “Ultimate Gloom”. The 3D engine finally running smoothly at full screen (while not looking like total garbage, even if some areas again have a bit of an amateurish touch again) on my 68030/50 is indeed a revelation. Levels are good as explained, though with increased branching, the lack of an automap strikes harder than before.

So should the game be punished for its difficulty? Does it cross the line towards the unfair rather than just being hard? On bad days, I tend to believe so, but then again, I cannot rate every game down, can I? Let's give this one the benefit of the doubt. 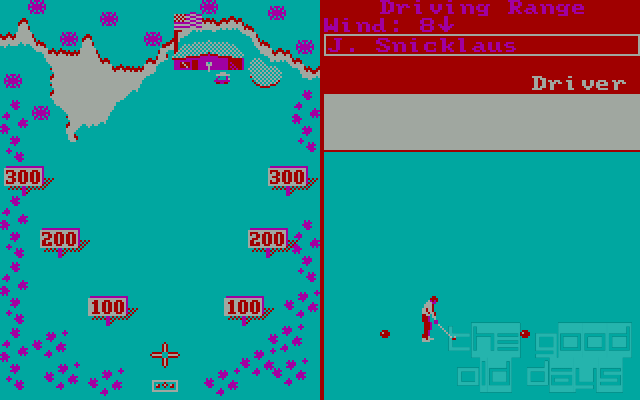