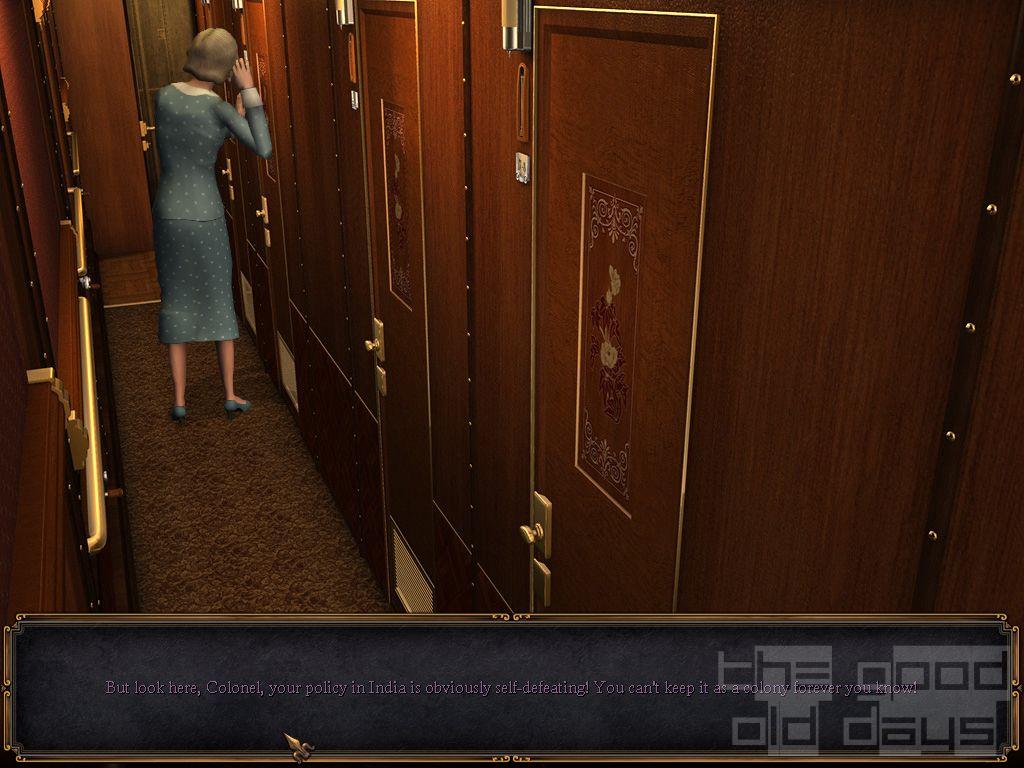 It does not help motivation that the game strictly prescribes the order of the different activities. There is no way to question a couple of people while also dusting for fingerprints. No, first try to spy on everybody's conversations, then search all the luggage, then check all the shoes etc. So you are always stuck in one of these "phases" of doing the same thing all over again before moving on to the next.

Formally, the game offers two difficulty levels. In the easier one, Poirot promises to offer additional guidance where to investigate next. Really, this does not make the game easier or harder. Rather, it simply makes the game last longer or be over more quickly. That is because there is really no challenge in the game other than exhaustively looking in every corner, clicking everywhere and exhausting all conversation options with everybody. Doing that, the game then solves itself. Appropriately, Poirot's advice usually comes down to "you have not yet found all clues in the compartments" (how does he know that, by the way?), sometimes in more targeted variants ("question this particular person").

Storytelling techniques are also not particularly strong. The failures in the translation of the plot into interactive format ("revelations in the wrong order", "conclusions drawn before all pieces of evidence have been gathered") have already been covered. On top of that, after the initial scene in Istanbul, pacing is thrown off by an endless expository cutscene. In the later game, similar scenes occur effectively again. Even though they are then formally interactive, the player is only offered a "continue" button, sometimes disguised as the only hotspot in the picture.