The Terminator: Rampage
for PC (DOS) 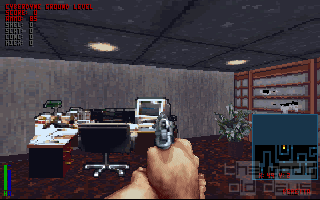 The story so far: Skynet, before being destroyed, sent a robot/computer thingy called the Meta-Node back in time to 1984, making itself at home at the Cyberdyne Laboratories in the Cheyenne mountains, basically infiltrating not only the physical base but also the younger version of Skynet itself. Four years later, the player comes into play, having been sent back in time to destroy the Meta-Node.

You battle your way through 32 floors of the Cyberdyne Laboratories building, encountering small robots, drones and other devices designed by Skynet to kill you, obviously including versions of the Terminator. All levels are indoors, which gives the game a dungeon-esque feel, however sometimes there are bigger halls which kind of give it a more open atmosphere. While battling your foes with different kinds of pistols and guns you have to collect pieces of a powerful weapon needed to successfully beat the final boss. The intro and some cut-scenes between levels consist of animations which are quite well done.

Technology-wise the game is a bit above the Wolfenstein 3D engine, allowing for textured floors ceilings, a few more effects and a more interactive GUI. Novel features include mouse support, which might be misleading because you not only rotate using the mouse but also control movement with it, a bit unusual. All in all the engine is quite slow, especially when cranking up the graphics quality (which only seems to influence draw distance).

Heads up when trying to run the game in DOSBox, you have to set cputype to 386_prefetch, or else it will not even start.

Final verdict: Go ahead if you are a die hard Terminator fan and want to experience all there is. Otherwise you might enjoy Terminator: Future Shock much more, which not only offers more varied gameplay and much better level design, as well as better story, but is an overall better Terminator game.

troublemind:
Feel free to share anything about The Terminator: Rampage (1993) here!
[Reply] 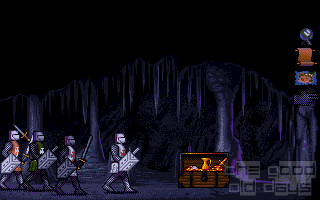