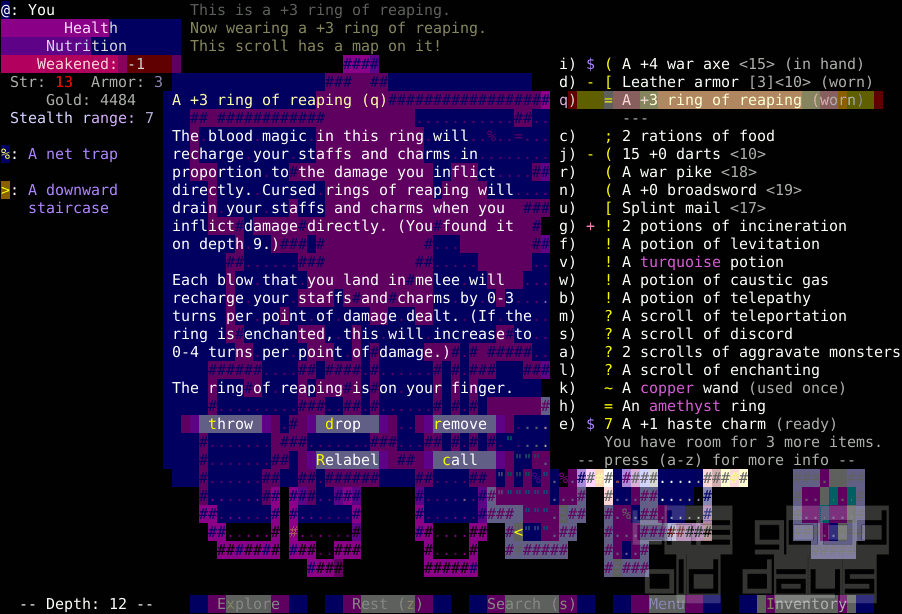 What constitutes a revolutionary advance? The answer is really a matter of perspective. If you move only within the confines of a genre which exists in its own little bubble, apart from the rest of the world, what may appear as small changes to outsiders may be considered a big revolution already. Enter Brogue!

Even containing Rogue in its name, it should be instantly clear what kind of game this is: (initially) lone hero enters a randomized dungeon levels, pushing deeper and deeper in turn-based fashion and taking on gradually greater challenges on the way to retrieve the powerful Amulet of MacGuffin. In order to then rise up again (being pursued by a particularly deadly guardian) or dive even deeper to gain more treasure. Looking at the screenshots, you won't necessarily notice anything groundbreaking, either. Abstract character tiles representing the world and its inhabitants… seen it all before, haven't we? 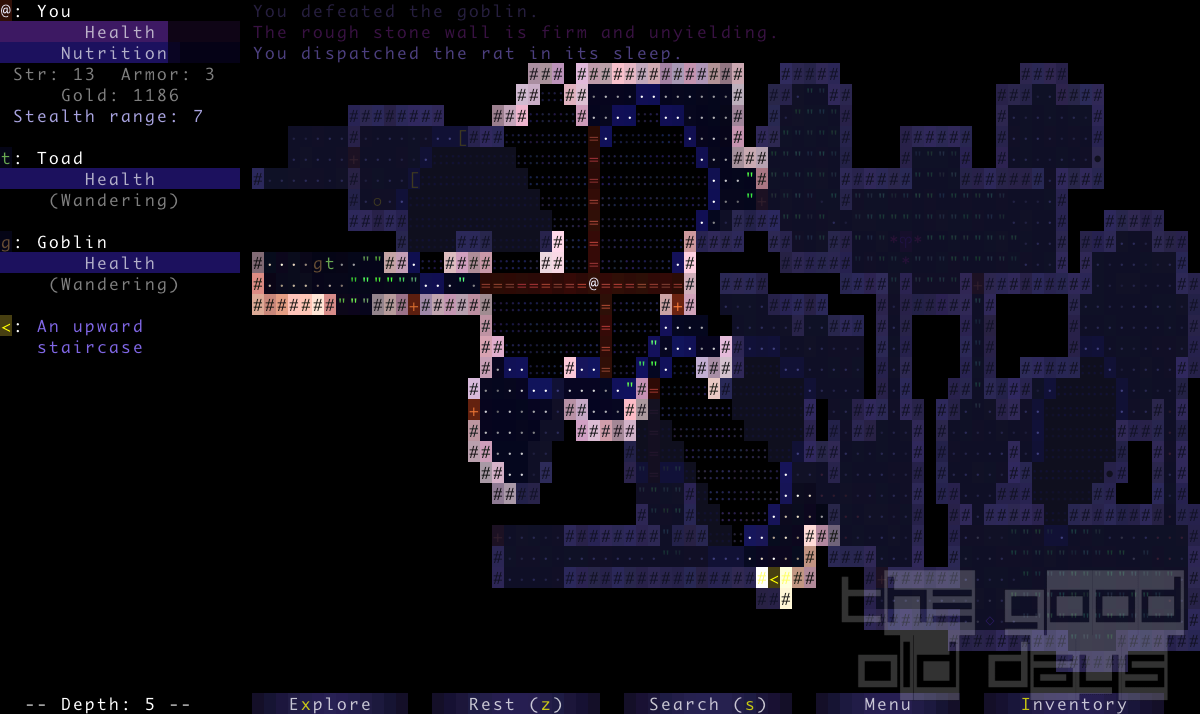 Yet, compared to the likes of NetHack and other classic genre entries, Brogue indeed was a revolution and possibly a revelation as well. Putting visuals aside, what is the main impression inexperienced players take away from these games? Lots and lots of stats and even more complex key bindings to memorize.

Brogue does away with most of this. The game can be played with the cursor keys and through menus, or even with the mouse. An informative sidebar always displays the vital character state plus important characters or objects in close vicinity, so even if you don't remember what a “g” stands for by heart, don't worry. Inventory items are clearly described (as far as character knowledge allows for).

Even when it comes to visuals, this game is a mild sensation. Supporting up to 256 colours (even in terminal mode), many effects give illustrate what's going on and provide immediate visual feedback. So if, for example, caustic gas is spreading, you will not just read it in a message area, but actually see it happening by a green-ish tint growing across the tiles.

Quite some way into the review, and there still talking about avoidance of obviously bad things as opposed to actual positive qualities? Remember that these games have a dedicated following for a reason: they can be immensely complex, challenging and – believe it or not – atmospheric.

Brogue's look actually do wonders in the latter regard. The very distinct aesthetics are immediately pleasing when seen in motion (something still pictures cannot really get across). In fact, the impression is even that the world does not stand still when the player is not acting (even though it is…).

Concerning complexity, the game does away with many things usually accepted as “baseline”. In a totally untypical move within the roleplaying genre, character stats have been boiled down to a single one: strength. Weapons, armor etc. have minimum strength requirements to be used; failing to meet it will still make it possible to equip these items, but at a heavy penalty in their effectiveness. A truly beautiful system which works absolutely intuitively, yet allows for many unexpected nuances and tough, meaningful player decisions.

Those items are one thing the game centers around. Rather, their intelligent use and their improvement. Different weapon classes have different advantages. For example, wielding an axe, the player can hit several adjacent enemies at once – good when surrounded. A spear, on the other hand, comes in handy fighting in a narrow corridor, as it may hit enemies behind one another.

All items can all have special powers which will need to be identified first. A process which can be sped up by magic means; otherwise, heavy use is the only way to understand all about an item – at the risk of being stuck with an actually disadvantagous tool for a long time. On top of that, items can be improved with enchantments, giving them special powers or improving already existing ones. Sticking to a clear long-term play strategy is therefore rewarded, but it may also backfire if it turns out you've made a bad choice later on.

The one thing which sticks out most, however, is something else yet. Brogue does a lot of things to make its world seem truly alive – apart from visuals. The levels, although randomly generated, contain numerous flavour elements. For example, as a change from the typical corridors and walls, there may be a narrow ledge surrounded by chasms – which the player may choose to jump into nevertheless if he feels pressured to try his luck (e.g. when surrounded by highly dangerous enemies). Special plants grow in the dungeons. Packs of monsters will guard prisoners who, if freed by the player, may become useful allies. Monkeys run around stealing items from careless players and dash off. Or, my favourite, a treasure room which allows the player to grab only one item only through a tricky mechanism.

Thrown into this highly flexible world, the player can take many different approaches apart from the usual “waltzing in, sword drawn”. Stealth can be advisable in some cases, trying to sneak by a group of sleeping monsters, for instance. Knowing of course that if the first levels (which are still fairly manageable) are passed this way, a lot of bonus will be lost as well.

At the same time, the game avoids in-jokes which are appreciated by die-hard followers for sure, but usually mean instant failure for newcomers and thus alienate them (cough ADOM cough). Although extended player knowledge certainly helps, information strictly necessary to win is all available intrinsically within the game, making it perfectly accessible.

For sure, Brogue, due to its intentionally chosen limitations, is not the most complex game out there. However, what it retains of and adds to the genre staples makes for focus on truly meaningful gameplay. It never forces its player to grind, it always keeps pressure up to push on instead of time-consuming backtracking. Player intention isn't hindered by interface annoyances or clumsiness. This is a dungeon crawl which can be replayed again and again, and then a couple of more times. Fantastic! 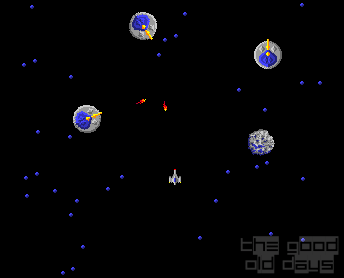