The Gene Machine – The Great British Adventure
for PC (DOS) 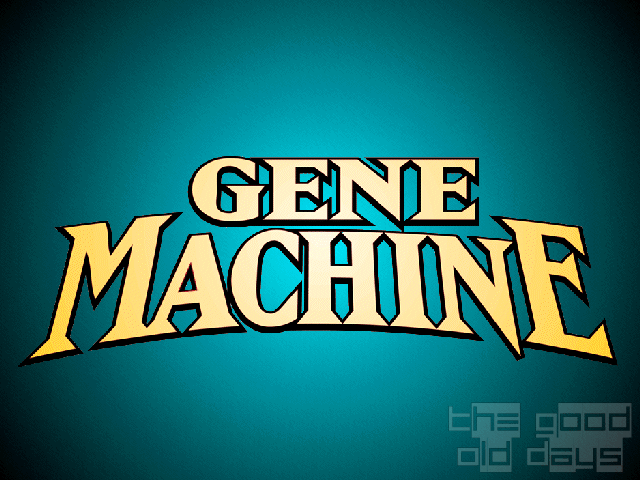 19th century literature procuded many of the iconic figures which are still dominating public mindset even today. Who hasn't heard of Jack the Ripper, Dr. Jekyll, Sherlock Holmes or Captain Nemo? All these original stories being in public domain these days, they provide ample material for more or less free adaptions. Or at least as source of inspiration. Or as the butt of jokes.

A Dr. Moreau-type mad scientist is conducting experiments on a remote island. One of his creatures, a talking cat, escapes, travels to London and lobbies famous adventurer Featherstonehaugh ("Fanshaw") for help to put an end to this madness. Which, in true reserved gentleman style, he agrees to provide. If only he knew the location of this island. Or had the means to get there. Also, having a more able manservant would be really handy…

Admittedly, the game's not-so-subtle humor could be somewhat less obvious. Making permanent fun of British imperial arrogance and elitism feels somewhat cheap. An all too easy target given the total lack of global relevance of "Great" Britain in world politics nowadays. It's too harmless to actually become annoying, but hardly ever actually funny, either. The plot takes some twists and turns as it progresses, keeping things sufficiently interesting at least.

Graphically, it is a quaint mixture of static, painted background on which cartoon figures are projected – with some 3D rendered movable objects thrown in for good measure. The individual parts range from competent to excellent (with the exception of the awful character closeups in cutscenes). Surprisingly, they even blend in fairly well overall.

No mention of any gameplay aspect yet? That is because nothing too noteworthy is in there. Mostly, progress is extremely smooth, simply because difficulty is low. Locations usually only have one or two hotspots or objects which can be interacted with. The protagonist will often provide strong hints what to do next, even down to specific actions with specific objects. This, at least, is welcome in case of the few puzzles which come out of nowhere and are actually completely absurd even in retrospect. If anything stops you, it is likely to be a bug rather than a puzzle.

Overall, The Gene Machine is unfortunately quite representative of what went wrong with Adventure games in the 90s. Its whole design is most agreeable. So far that it appears to be in mortal fear to offend anyone. It pretends to be "zany", but humour doesn't work without at least the tiniest bit of an edge. Same on gameplay side: Adventures become memorable by having inventive puzzles, not just locked doors to be opened with obvious keys and simplistic fetch quests.

So, well, you may want to play Gene Machine if you really have nothing else to do. Though as to why to pick it over all these other Adventure games out there, there is really nothing to report.