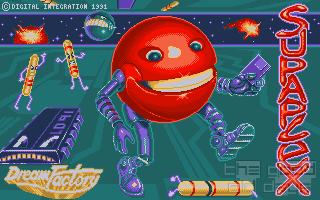 A computer themed boulder dash clone. Can be very frustrating to learn the moves, and very frustrating in level design, but is very rewarding when you 'solve' a level. Helpfully, levels can be skipped, so you can avoid that puzzle game 'brick wall'. Another helpful feature is that levels are not time limited. Original Boulder Dash, I am looking at you.

This was released in 1991 on both the PC and Amiga platforms, and is able to fit on a single disk. And a 720k disk at that! The designers are commended for their ability to compress 111 levels, Roland, Adlib, and Soundblaster support into that 720k.

You find yourself as a cheerful looking red ball, called ‘Murphy’, working your way through what appears to be the innards of a computer. The obstacles that you are facing include computer chips, and you make your way around printed circuit boards.

You will have to find and use various colours of floppy disks – all of which have different properties – some explosive. Your goal is to collect all the infotrons on a level. You can spot these objects as being something of a cross between a pretzel and an atom.

Despite the lack of time pressure, the active obstacles that you will face include snik snaks, which are mobile enemies, which kill you on contact, and Electrons. You can’t avoid the electrons because they contain the important infotrons. You can also be put at risk by falling balls called “Zonks!”, but the weird thing is that some levels simulate gravity, and some don’t. How do you know which is which? You just have to learn that as you go along.

All in all this would be a 21st century mobile phone game. As a PC (or Amiga) title, it is a devious little puzzler with some charm, which should keep you guessing, and your attention for a little while at least.

casmith:
Supaplex had better graphics for it's time unlike Boulderdash for the PC i felt the graphics were very poor compared to Supaplex great little game.
[Reply] 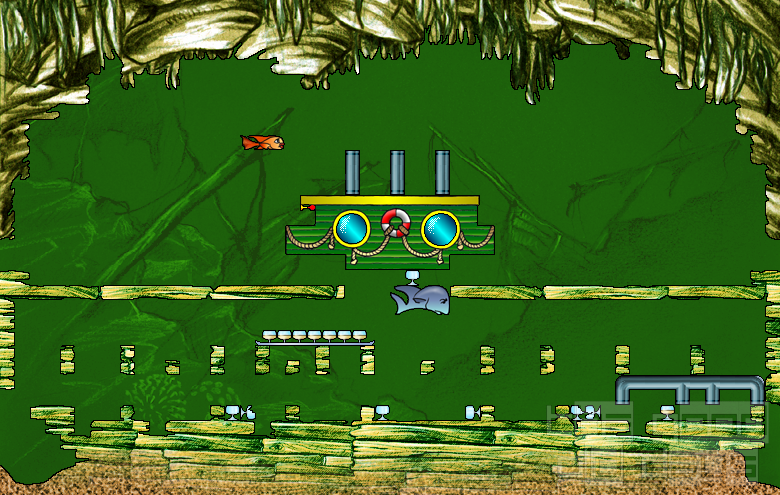